With the onset of fall, plans started to change around Westfall Park. Many of the flowers wilted during the season change, and Eighmey got it stuck in her head that she needed to make a beautiful greenhouse. The plans, however, were taking quite a bit of research so that she could get it just right.

It was at one of these library visits while Eighmey was doing research that there was a knock on the door. 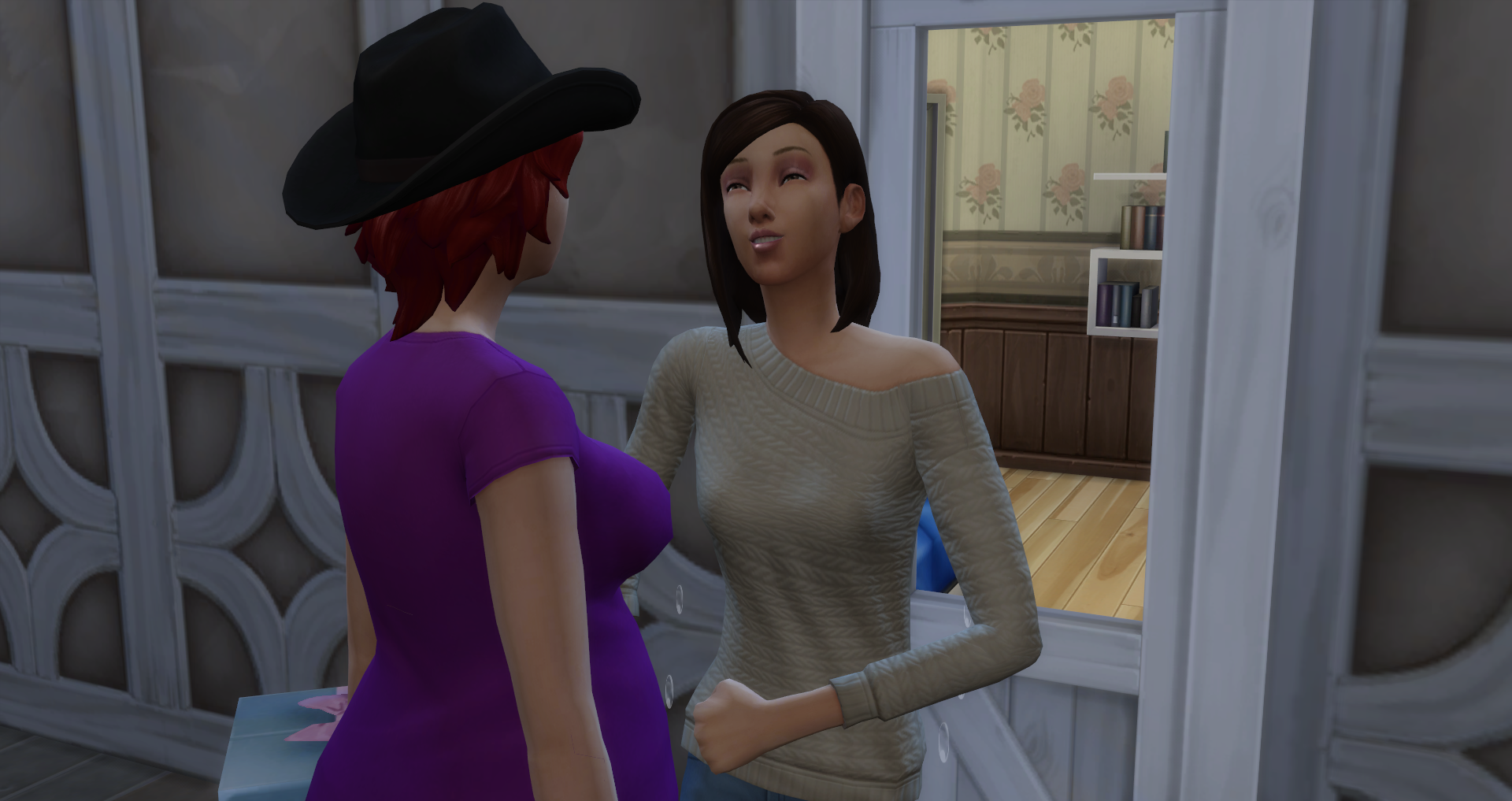 “Hello there, my name is Millie Bobby Brown and I’m here representing the city council of Willow Creek. We’ve seen all the hard work that you here at Westfall Park have been doing to improve the unfinished section of Willow Creek and we have a proposition for you.”

Marina raised her eyebrow as she listened to the woman cheerfully talk.

“We would like you to spread that good cheer to other locations so that others can experience that wonderful town spirit that you have here. Put Willow Creek back on the map instead of the poor demolished location that it has become. Do a ton of good deeds in Willow Creek’s name, and we will be using you as the face of a new branch of motivational posters that we are going to be putting out.” 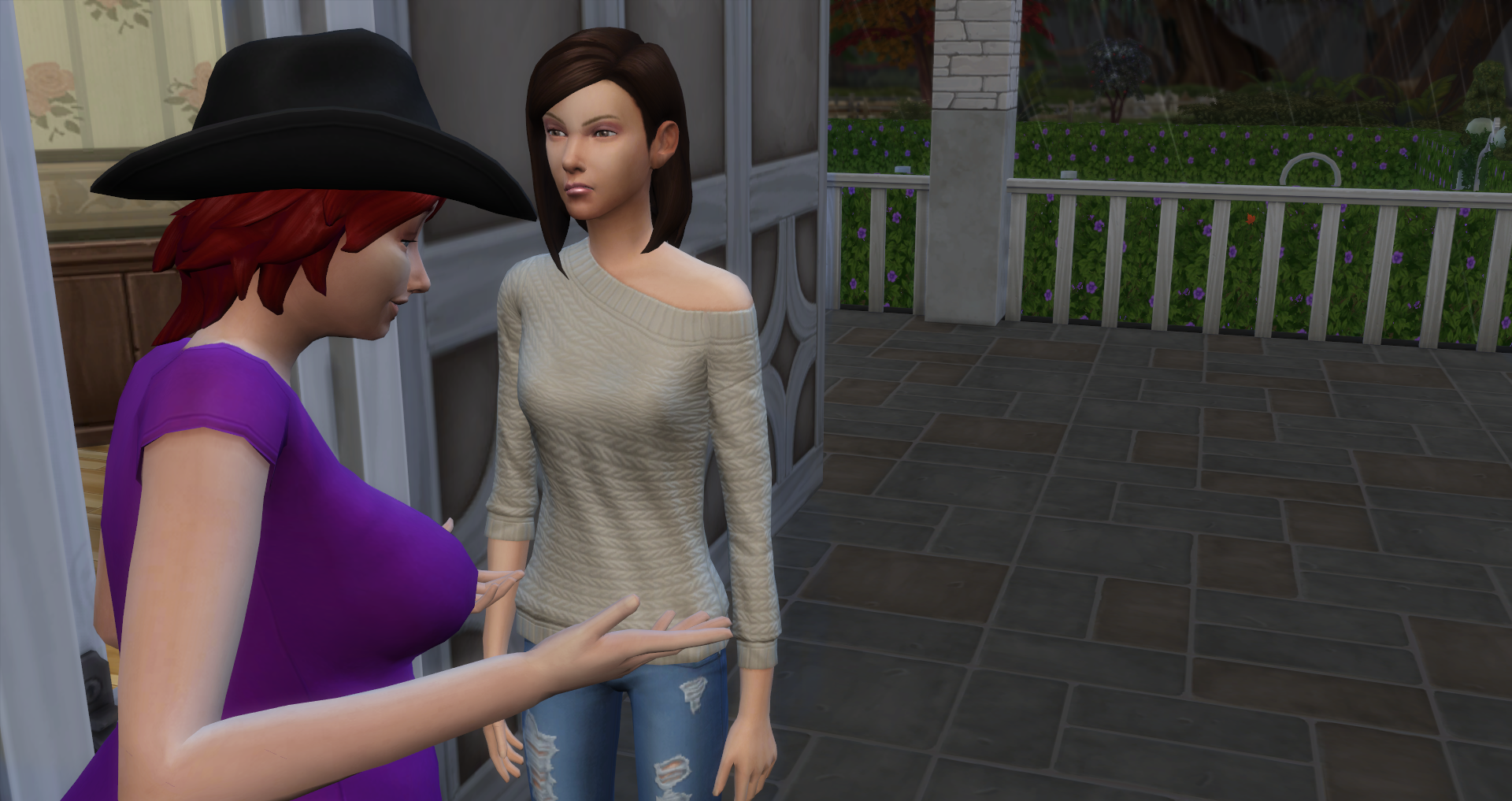 “I appreciate your offer, but we are building this park to improve the community, not for fame or fortune.”

Millie’s smile disappeared for a moment.

“We can always tell your ‘wife’ that you have more than one disguise.” She said with a scowl. “I came out here in the middle of a thunderstorm because it is time for you to put some effort into this little ‘project’ that’s been going on. You got the park named after you because of your ‘wife,’ but that doesn’t mean that you are going to keep getting a free pass if you don’t make an effort towards good deeds as well.”

Marina’s throat dropped into her gut. “I’d be delighted to tell everyone about the wonderful Willow Creek and what you’ve been doing out here. I’m so honored that you would like to use my face as a motivational poster set. That is very kind of you.”

Millie’s smile reappeared just as quickly as it had turned into a scowl. “Fantastic. We’ll be meeting again soon. Enjoy the rest of the thunderstorm.”

Marina watched her go and got nervous. Was her threat serious? She rubbed her chin and watched her go. She might have to talk to someone about her. 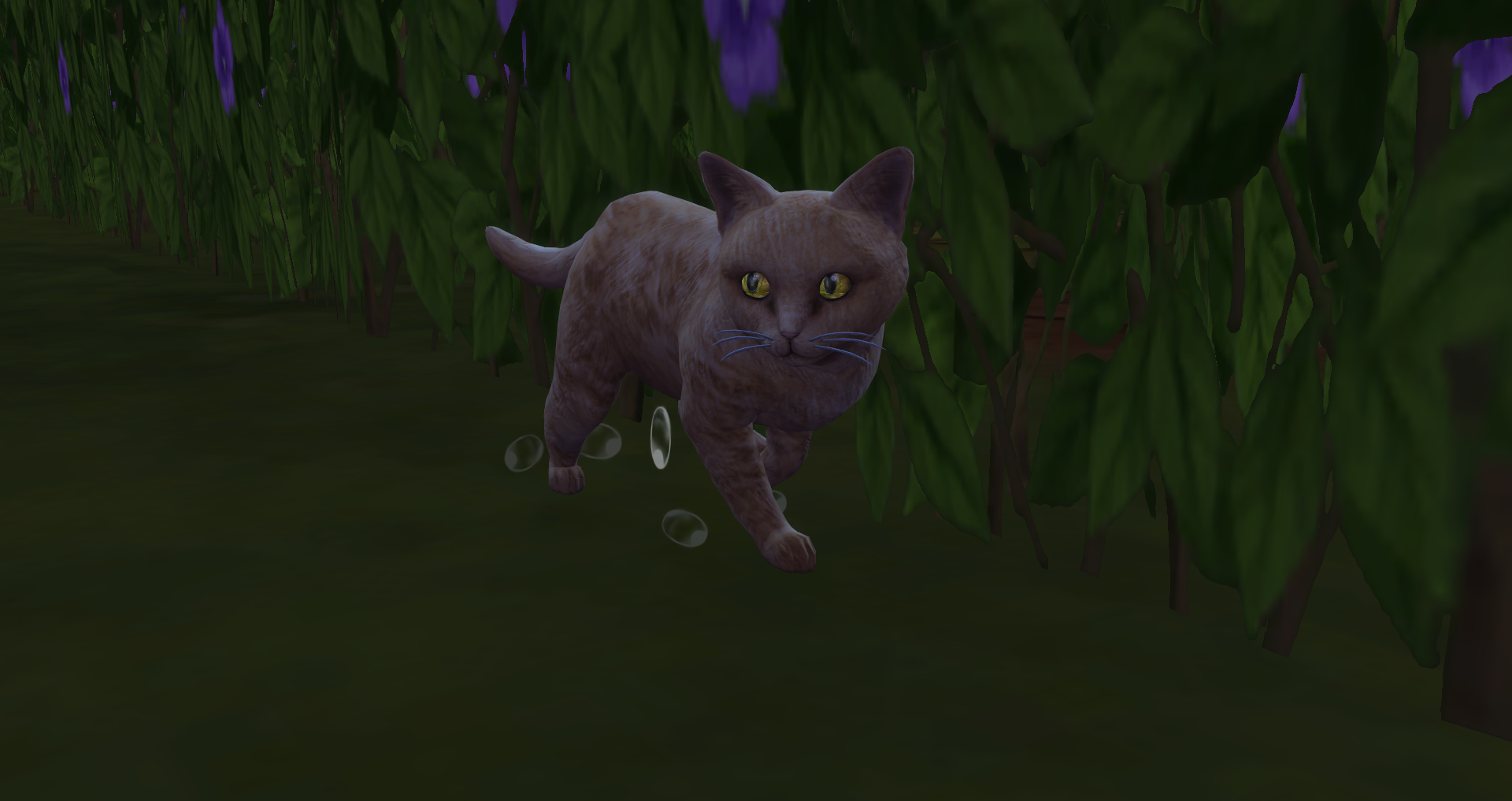 Brandy, the ‘potentially evil streak’ kitten stalked through the bushes outside. Her paws sinking into the mud as lightning struck around her. Unphased she continued walking around the house. Her humans birthday was coming up soon. She had to protect the child. Charlie was her spirit human. She could feel the connection, and she was determined to protect the child until it was time for the next guide to take over when the child was older.

“Hello, lazy sister.” Brandy meowed, noticing Star slowly trekking across the grass as the rain began to slow. “She is my human.”

“Whatever. I don’t care.” Star meowed back in annoyance, flicking her tail and continuing to head towards the walkway bench now that the rain had stopped. With a hiss of annoyance, she heard the master get home who dressed as a female of their species all the time. She sniffed in disdain as the master snapped her fingers and whistled.

“Come Star.” the garbled human voice said as the master walked by. 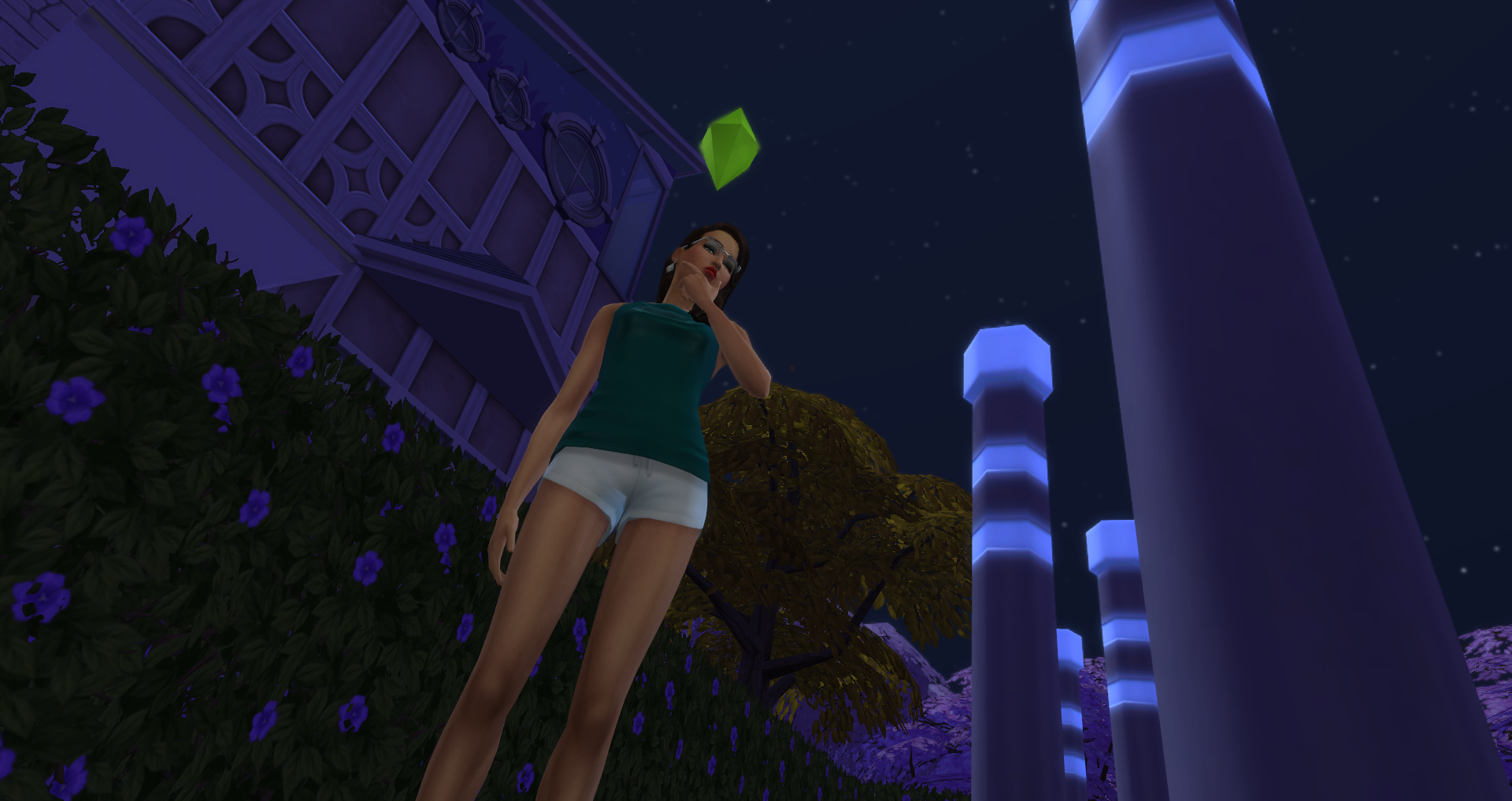 “What do you want?” She snapped.

“You’re going to be the only one of our cats that does not get into this, aren’t you?” Eighmey said looking down thoughtfully at Star. “Well come on. I’m going to try to teach you how to do it anyways.” 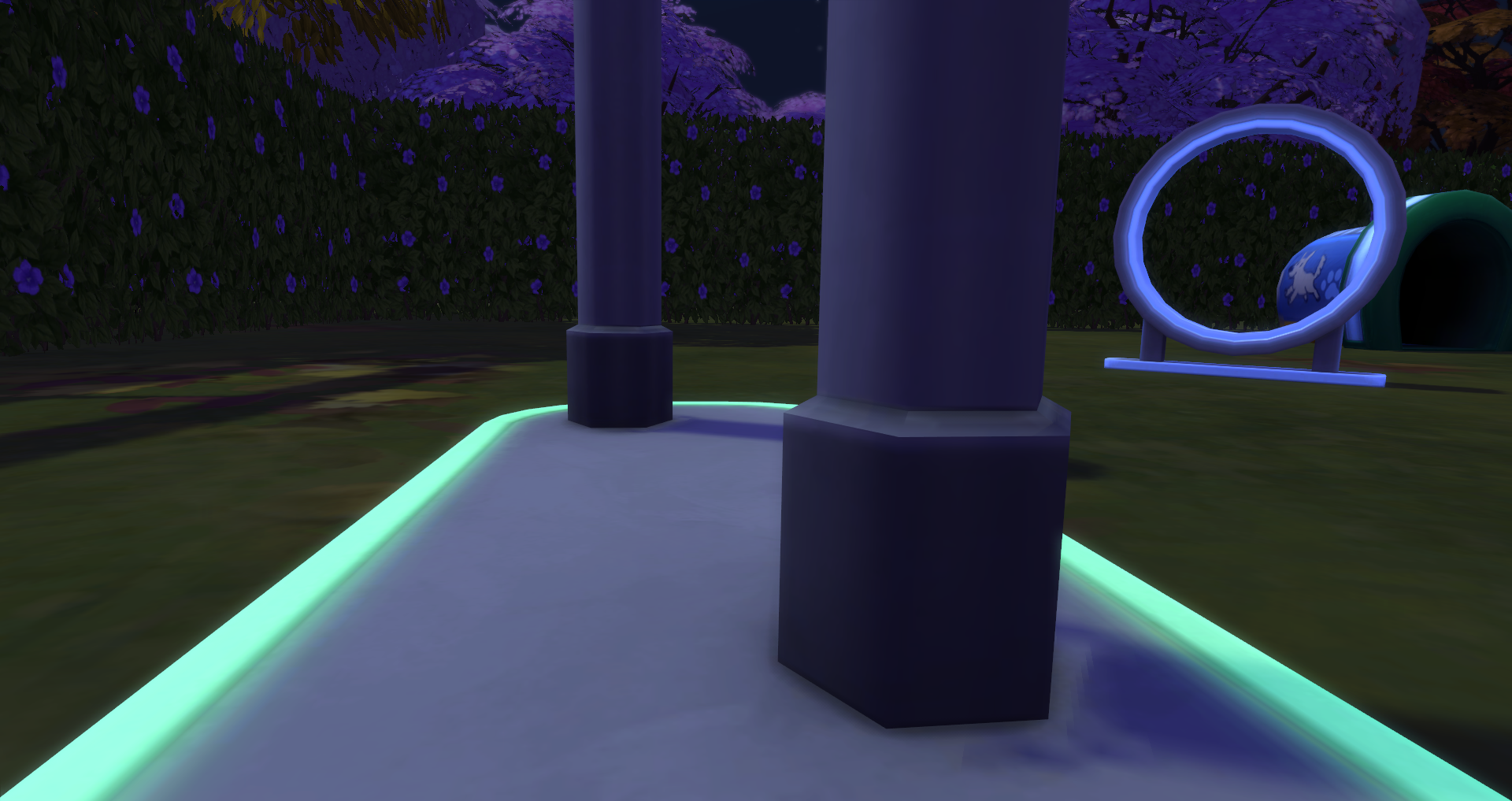 “Ugh.” Star paced angrily through the course. Doing half of them starting from the wrong side of the obstacle. 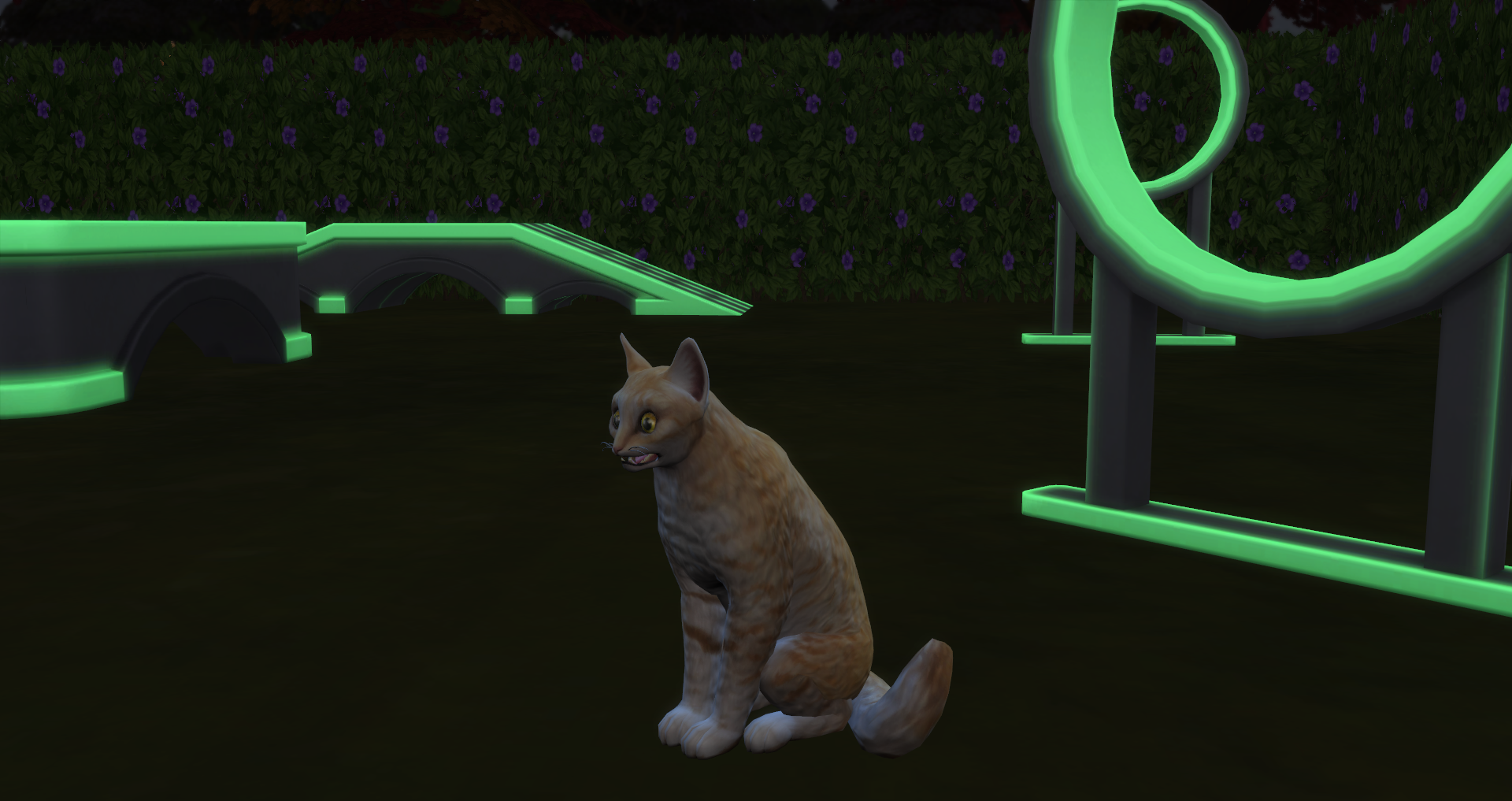 “Wait. I finished it all?!” Star yowled in amazement three and a half hours later. The whole time, Eighmey hadn’t left her side. Star stared at the master with a new interest in her eyes. “You are a weird human.”

A couple days later, Marina and Eighmey chatted about the appearance of Millie Brown. 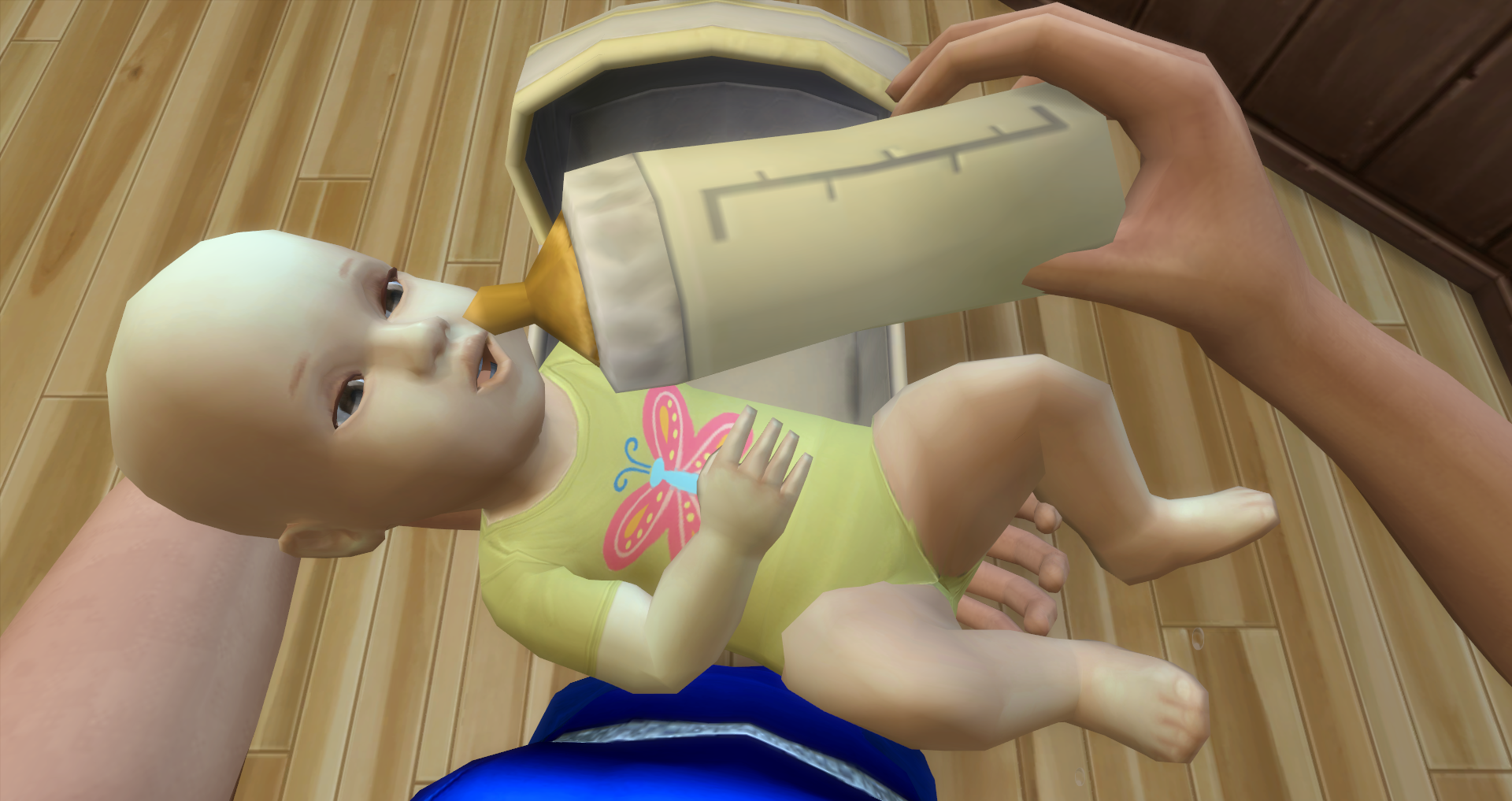 “I think it’s a good idea,” Eighmey said shrugging her shoulders. “I think it’s silly that they didn’t approach us both at the same time. I would love to help spread some more good cheer around the world! It is what I’m planning here with the park after all.  Maybe I’ll try to get in on this as well. What is a motivational program anyways?”

“Oh they’re uh… well… they’re silly really. Which is why I didn’t feel it would be good to be on one. It’s usually something like a cat hanging from a tree branch with things like ‘this cat is still hanging on and so can you.’ Silly posters really.”

“Oh, that’s adorable! What do you think they’ll put on ours?!” she asked with excitement, as she pulled the bottle out of a sleepy Charlie’s mouth.

“Here let me burp her while you go shower from your day.”

“Thanks Mari.” Eighmey said kissing her wife on the cheek. “I feel like today’s grime is trying to give me a new jacket.” 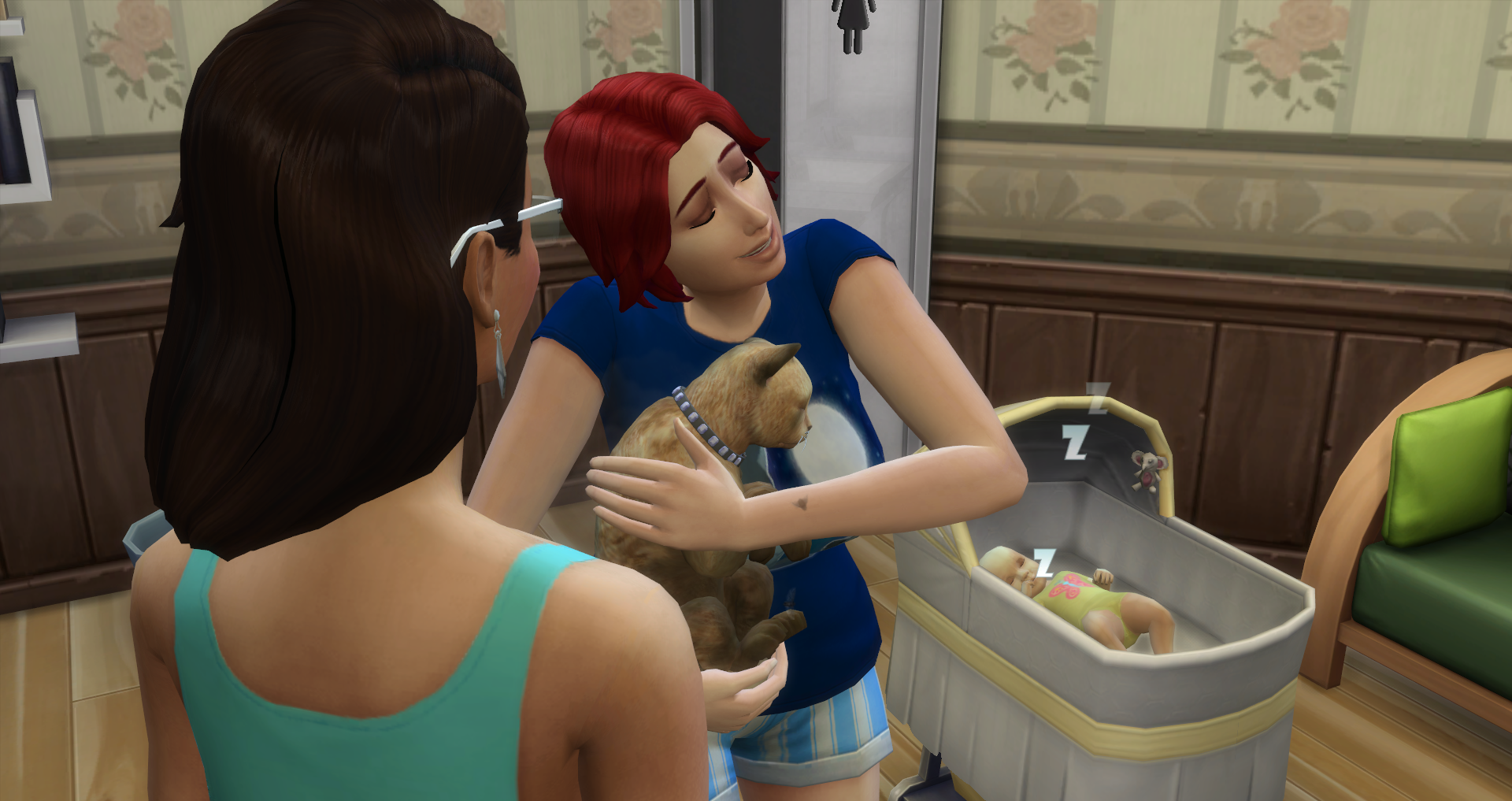 “She’s asleep now,” Marina said happily as she picked up Aimee to cuddle her.

“Oh good. You ready to get some rest?” Eighmey asked, completely forgetting the conversation that they’d had earlier.

“Yeah, I’m going to be heading out to the convention tomorrow. I could use a good cuddle to get my strength up for it.” She wiggled her eyebrows and Eighmey laughed shoving her.  “Besides, we should sleep while Charlie is. I feel like I’ve been constantly asleep on my feet since she was born.”

“I know the feeling.” Eighmey purred, pulling her wife onto their air mattress with a kiss. 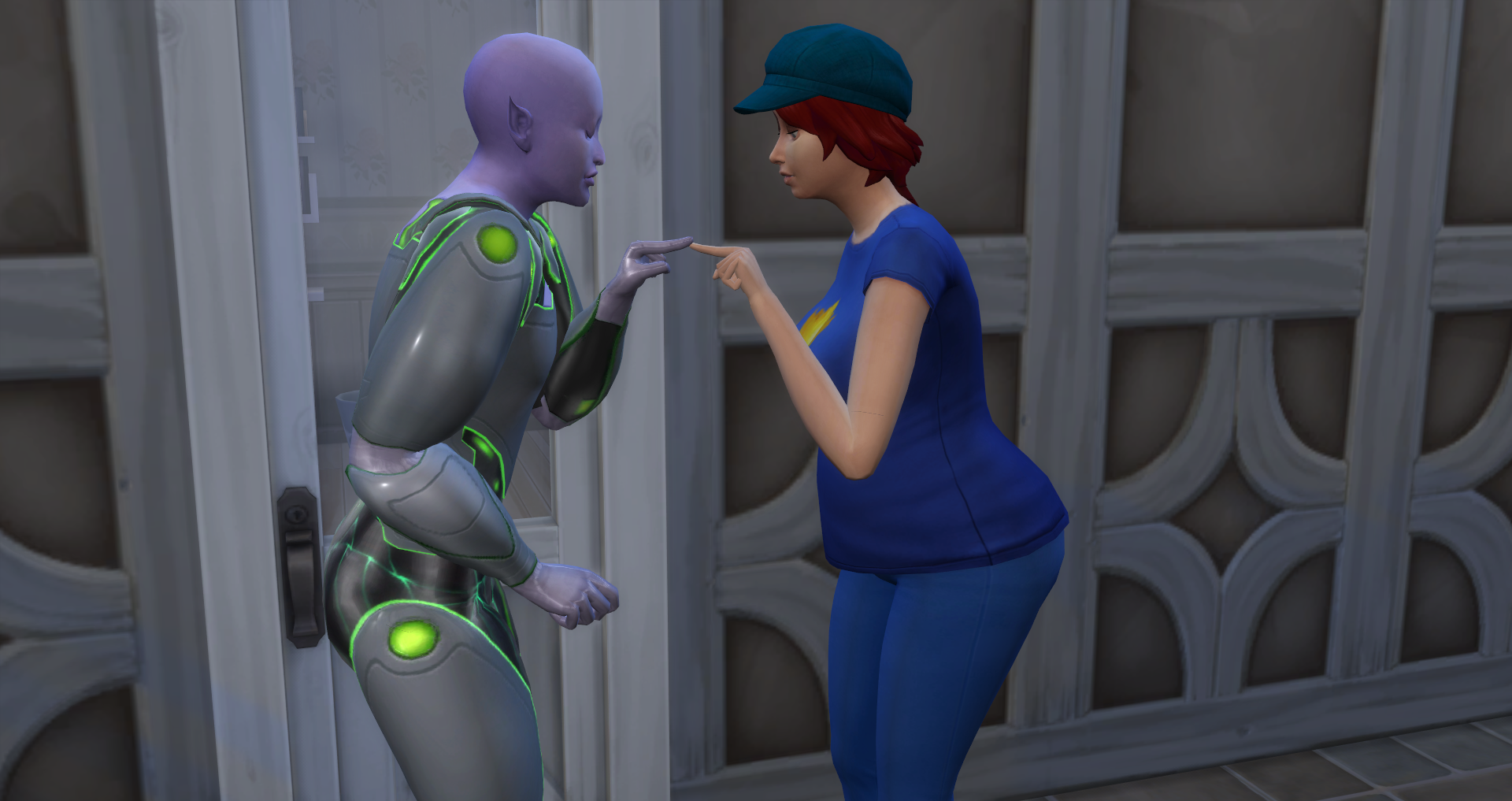 Marina exchanged a quick secret handshake with her closest friend beside her wife before they hopped in his ship to make quick work getting to the city for the big Convention. 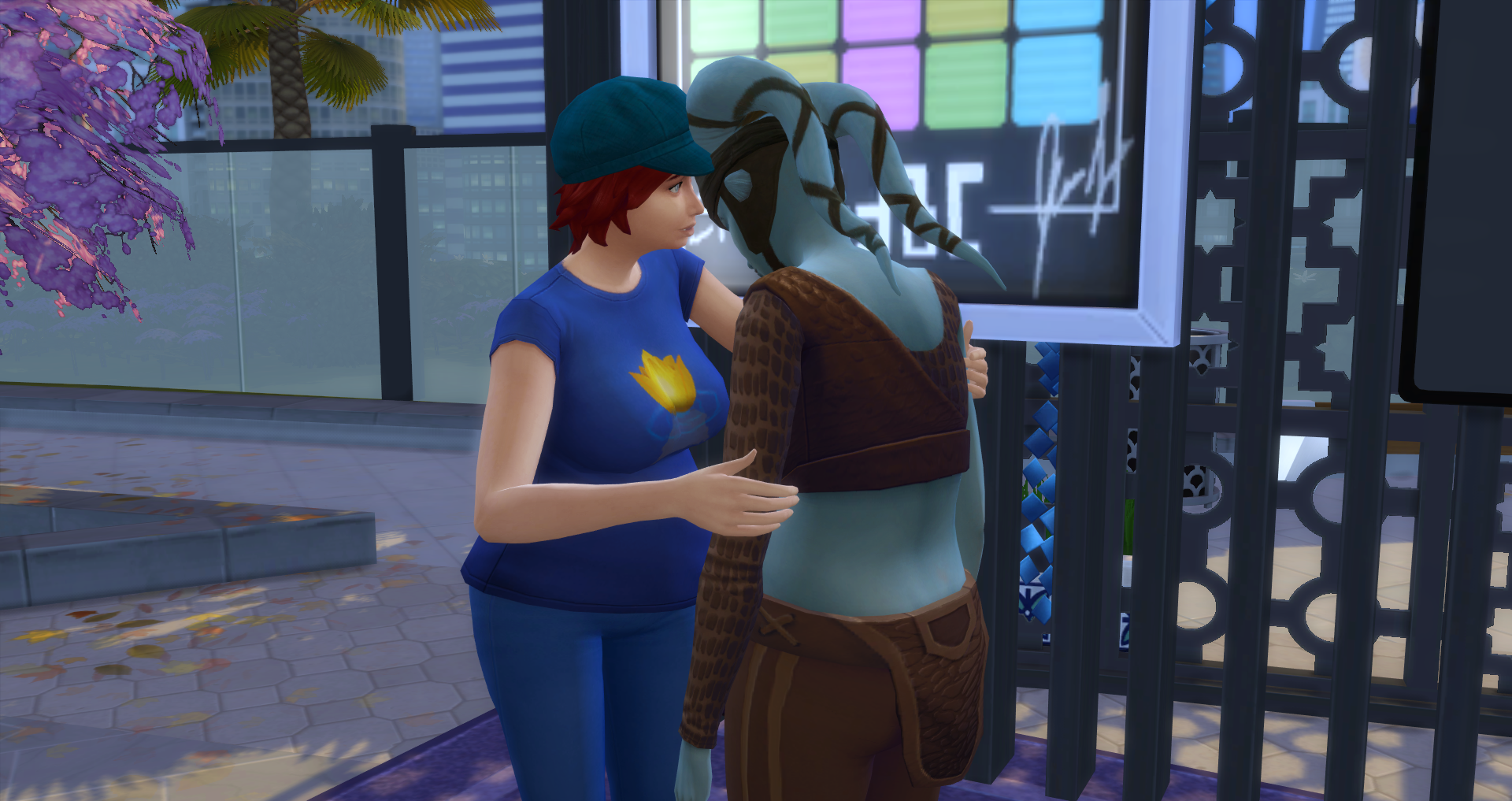 When they arrived, it was immediately clear that her task to keep herself out of jail was going to be tricky. She had to make sure that those in costumes were all people that she could approach without giving away anything about her career. That was nearly impossible with the amount of makeup some of them were wearing.

One of them was so impressive though, that Marina decided to risk it when she approached the woman to try to cheer her up. “My boyfriend just broke up with me.” She sniffed, clearly needing a shoulder to cry upon, and Marina’s was available and willing. “I tried to propose to him and he just completely shut me down. I should never have proposed to him. I should have let him do it. He thinks I overstepped my womanly -”

“Woah, woah, woah. I’m going to stop you there.” Marina said sharply, “No man is worth it if he doesn’t love you for you. If you were brave enough to propose to him in public, trying to make a romantic show out of it and let other people enjoy your love story, then he is an idiot.” She rubbed the woman’s shoulders reassuringly. “My wife and I are building a park together in Willow Creek and would love to see more brave woman like you taking a stand like you just did. Following your dreams no matter what anyone else might think. Someone else will show up in your life and you’ll feel that moment again.”

She sniffed and wiped her tears gingerly. “You really think so?”

“Someone else will show up for sure. You’ve got the spirit. Don’t give up.”

“Thanks.” She dabbed at her cheeks gently to get rid of the tears and not ruin her makeup anymore. “What park did you say it was? Maybe I’ll swing by to see what you and your wife have done.”

“Westfall Park.” Marina said with a smile, perhaps it wasn’t going to be as hard to do what she’d been ordered as she thought it would be. 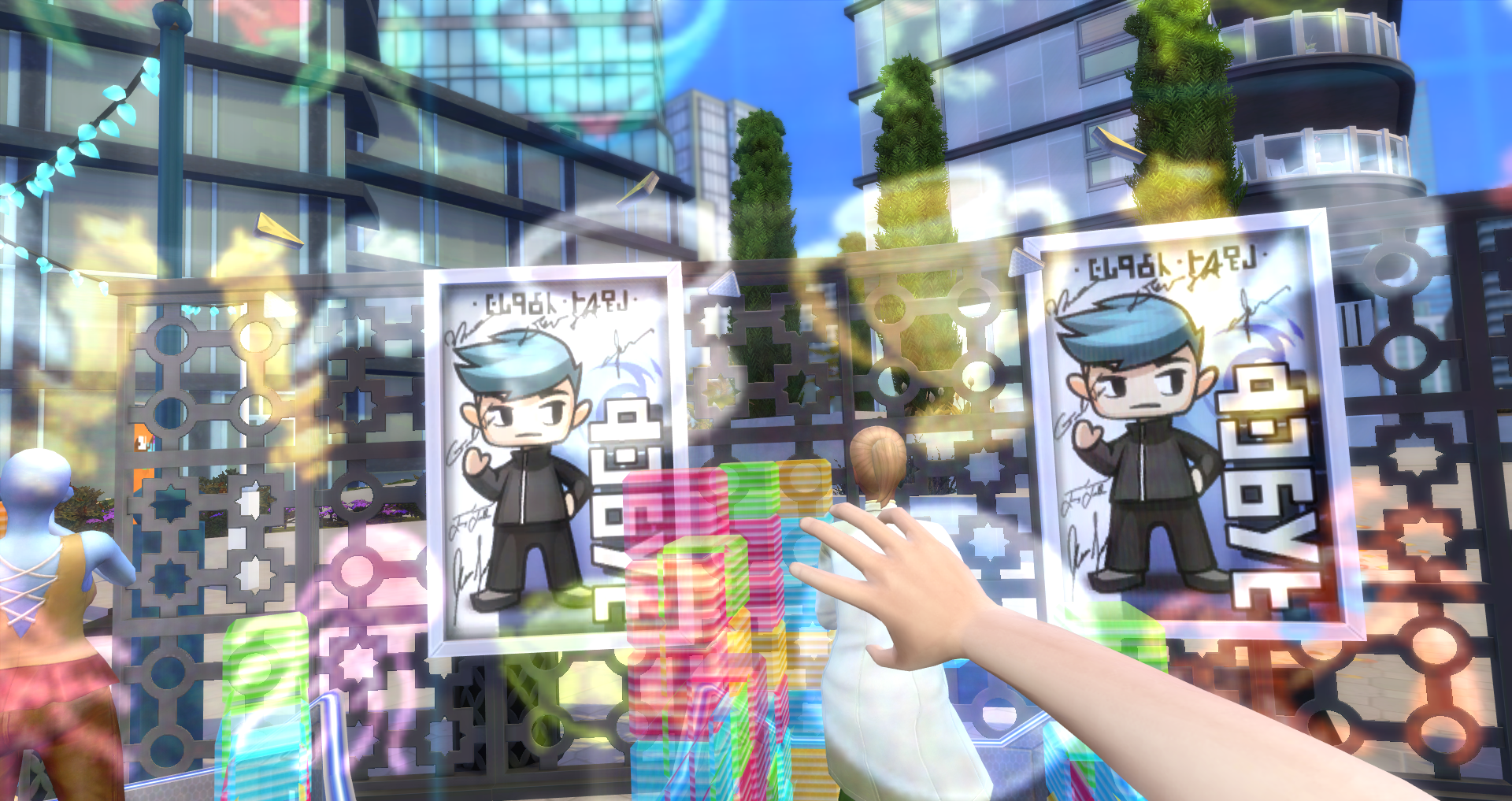 Feeling cheerful she jumped in the gaming challenge even though she knew that she wasn’t amazing at 3D games. It was just for the pure joy of relaxing and enjoying herself after feeling that she had accomplished something. 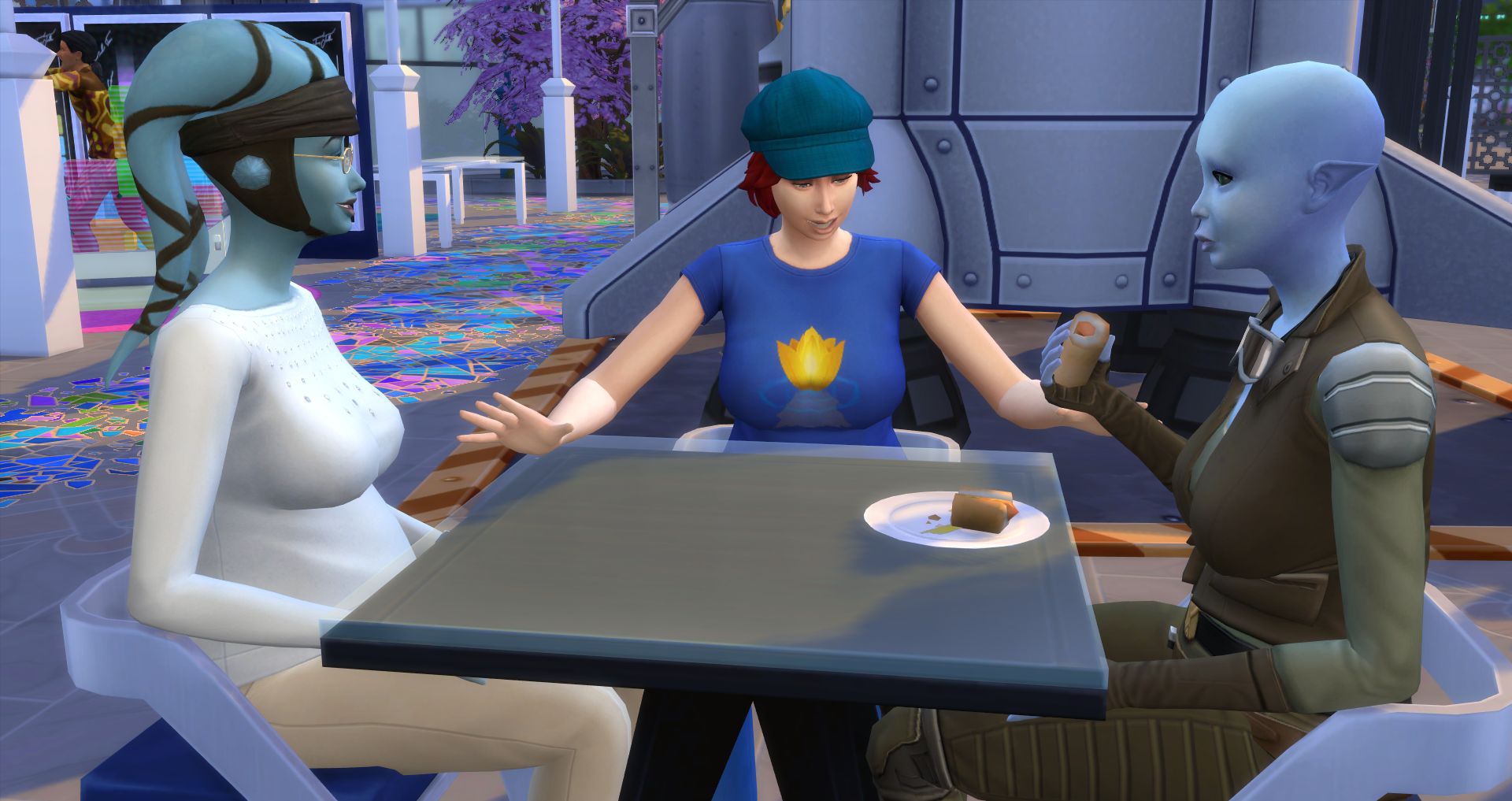 Then she moved on to talk to more folks that were dressed up in some amazing cosplay outfits. Telling jokes and claiming to be a mastermind criminal from Mars. No one believed her of course, no one could survive on Mars without burning up. 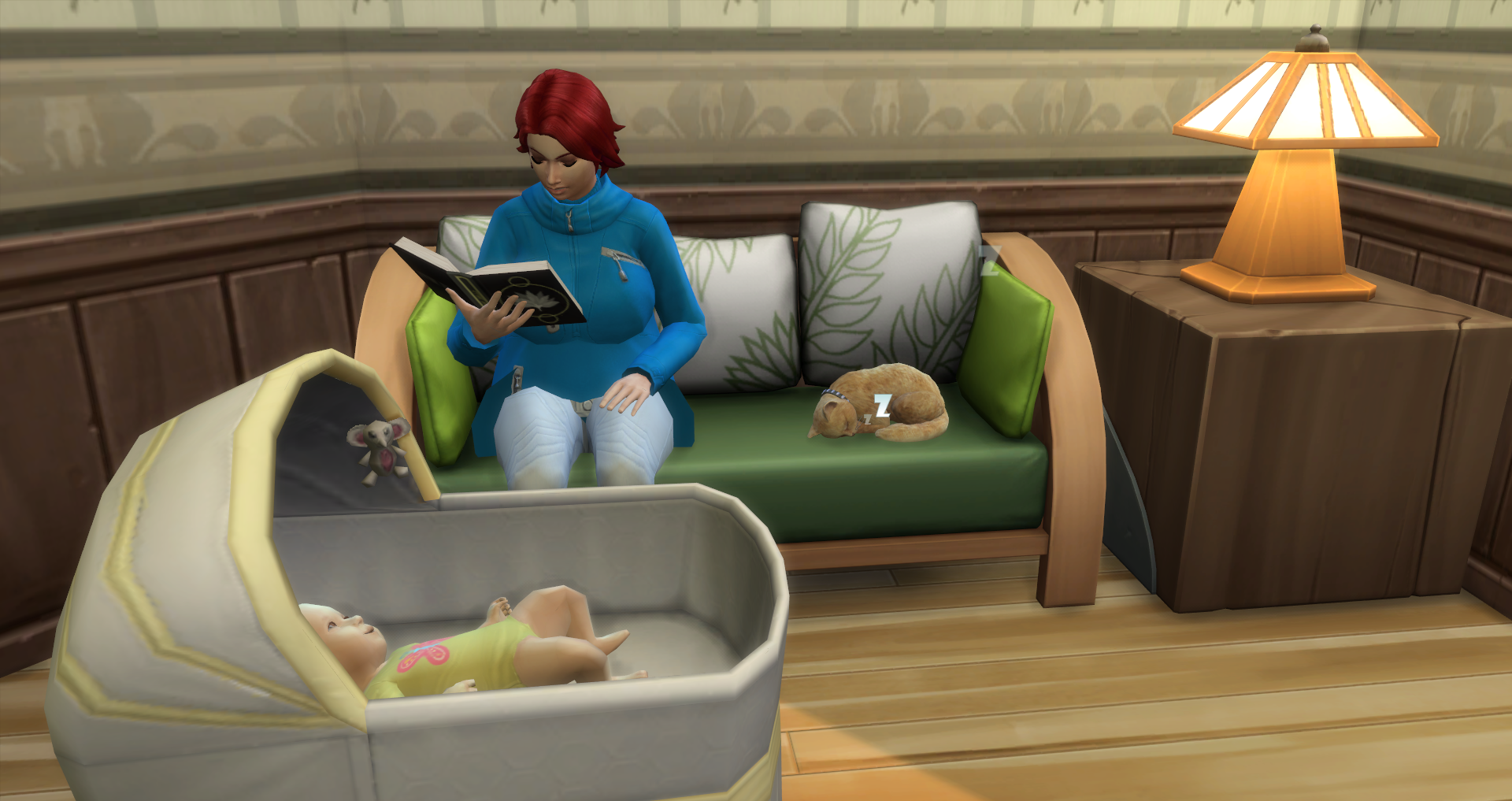 She returned home much more cheerful and optimistic about the challenge that had been proposed to her. Perhaps she could pull this off, and turn it into an advantage for hiding her business from the world.

Author’s Note: These few pictures I’m going to post after this are not part of the story. But I needed to include them because they’re some things that happened because of the November 2018 patch, and I just wanted to share them for various reasons. This first one is because of pathing issues the terrain tools seemed to make crop up in my game. 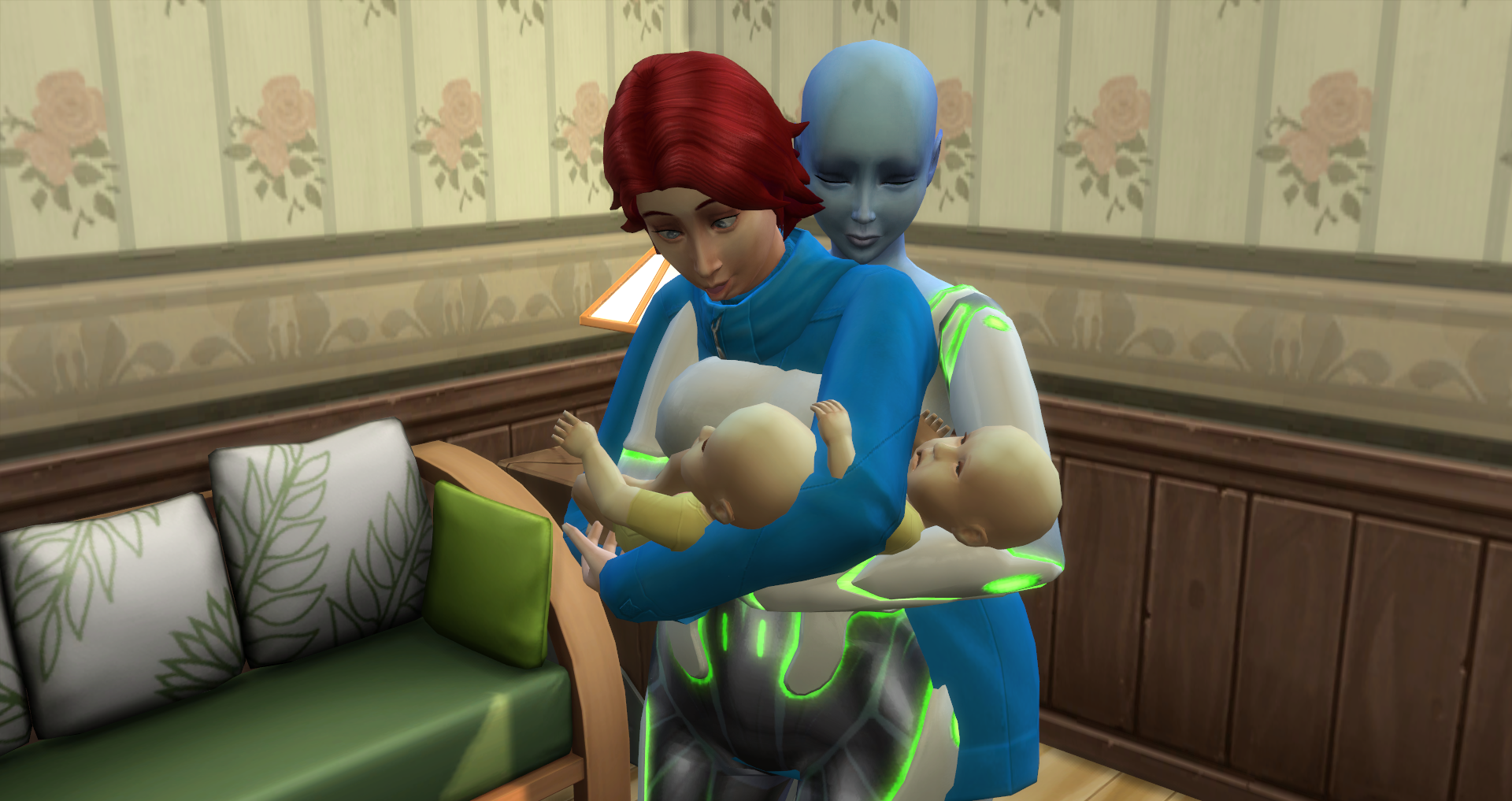 Double babies! (two separate sims though. That’s not Marina’s alien form, I’m not sure she actually has one. I think she just has alien powers. I’ve never seen her “out of her disguise” and I haven’t looked in CAS.)

This second image occurred because of a glitch with my poor alien Marina that made it so she was always hungry, even if she had three full plates of food one after the next.

I caught the first time she tried to eat the cake and stopped her. But a little while later I saw that the cowplant could be milked for her essence and she had a drained moodlet. I’m not sure when she ate it. But shortly after, I discovered that her hunger bar was only going down and not up. I’m hoping that it doesn’t have to come up in the story because that would change the direction that I’m going for. xD