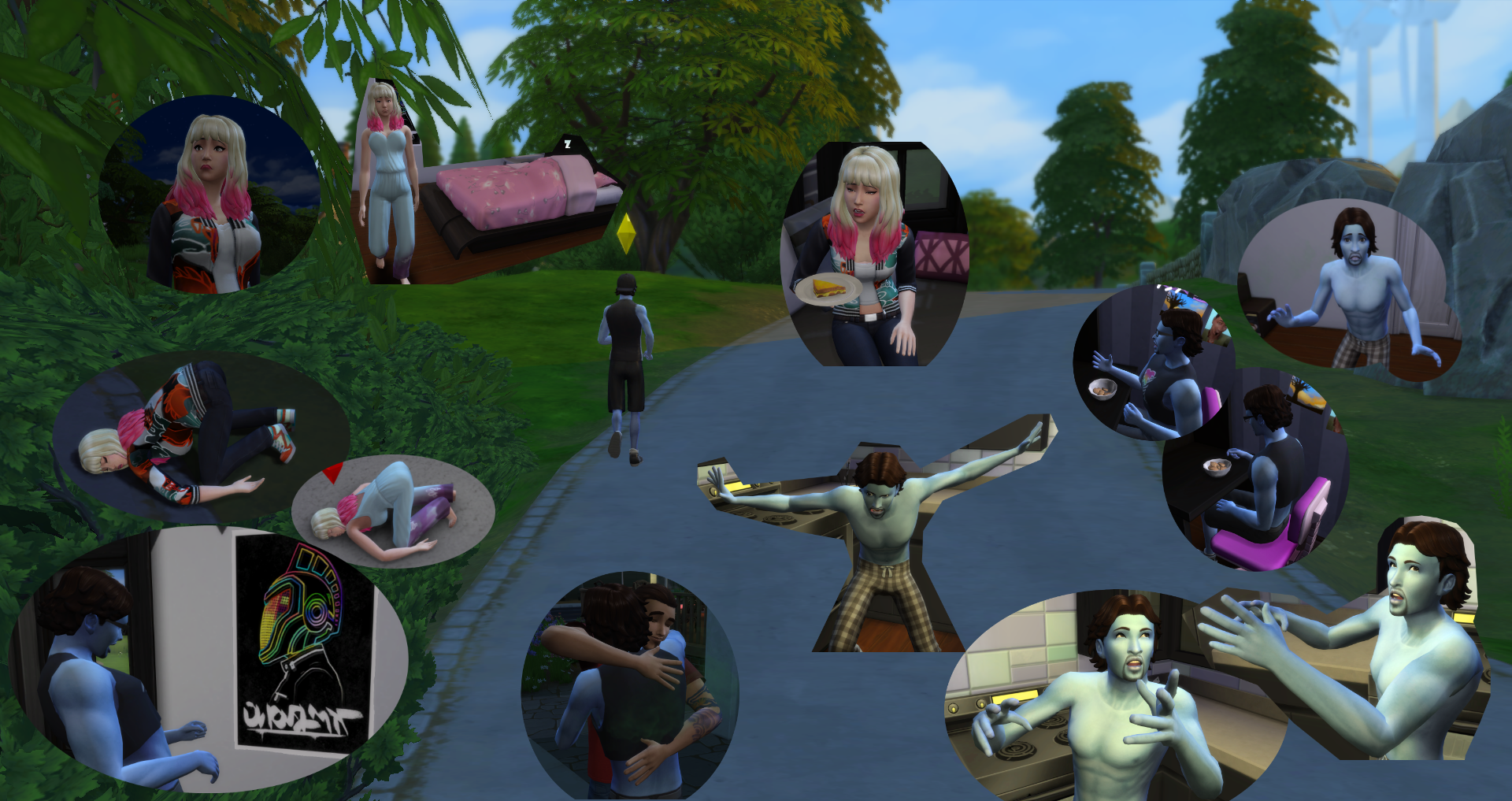 Hey Ace, I’ve been working on these scrapbook pages as I get towards the end of my life. I’ve been feeling sentimental and worried about the future. I’m getting to be an old man, and you kids are growing up. I want to try to explain things about your life to the best of my ability. Even if it is just silly ramblings off your old man.

I know you struggled at the beginning with the neglect of your mother. Honestly… I don’t understand why she did what she did. Though I try. Maybe she had a voodoo curse placed on her by Ulrike, just like Paolo did. Oh yeah, did you know that Paolo has been around since before you were born? Yeah, he’s been my best friend since I moved here.

Anyways, there is one thing about your mother that I know that may be able to explain some of her actions, not that it is excusable. On the day of your birth, your mother collapsed several times, and I believe she must have gotten a concussion that messed with her brain and sunk her into a depression of some kind. That’s the only idea I have. Is it accurate? I don’t know. But perhaps it will touch on something to help you with your mother. She’s going to be around longer than I am. Woman are always living longer, you know that right? Not to mention she is already younger than me by a little bit. 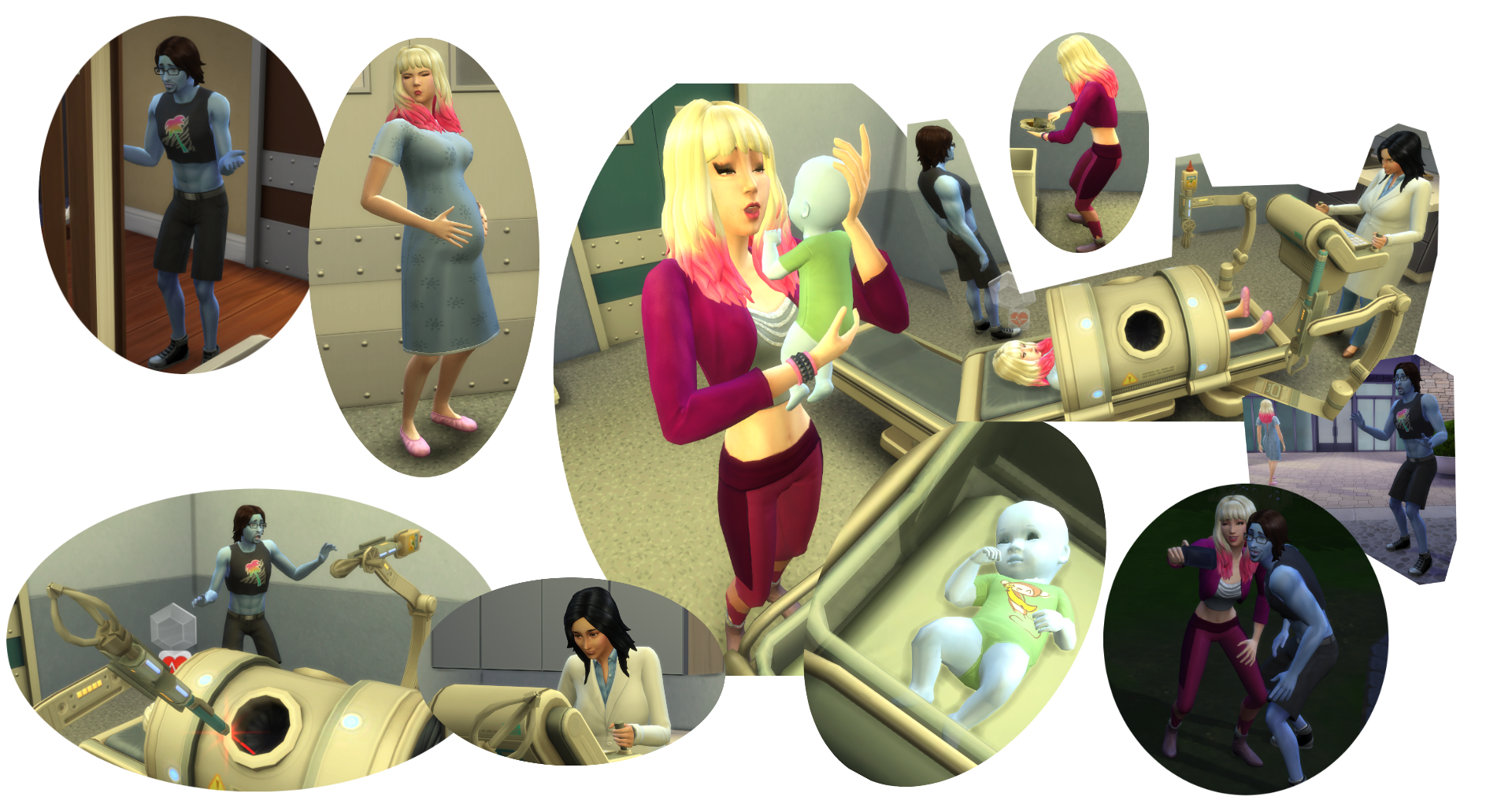 Just so you know Ace, your mom does love you. She may be really bad at it, but she truly does. When she held you in the hospital she was exhausted, but she was full of smiles. She even had her spirit back when we got home and she just had to take a picture to say “Victory, we have two mini muffins now!” Yeah, she used to call me her blueberry muffin when she was still happy with me, so you kids were our mini muffins. I don’t think we were still calling each other that when you were of an age that you would remember what was going on. 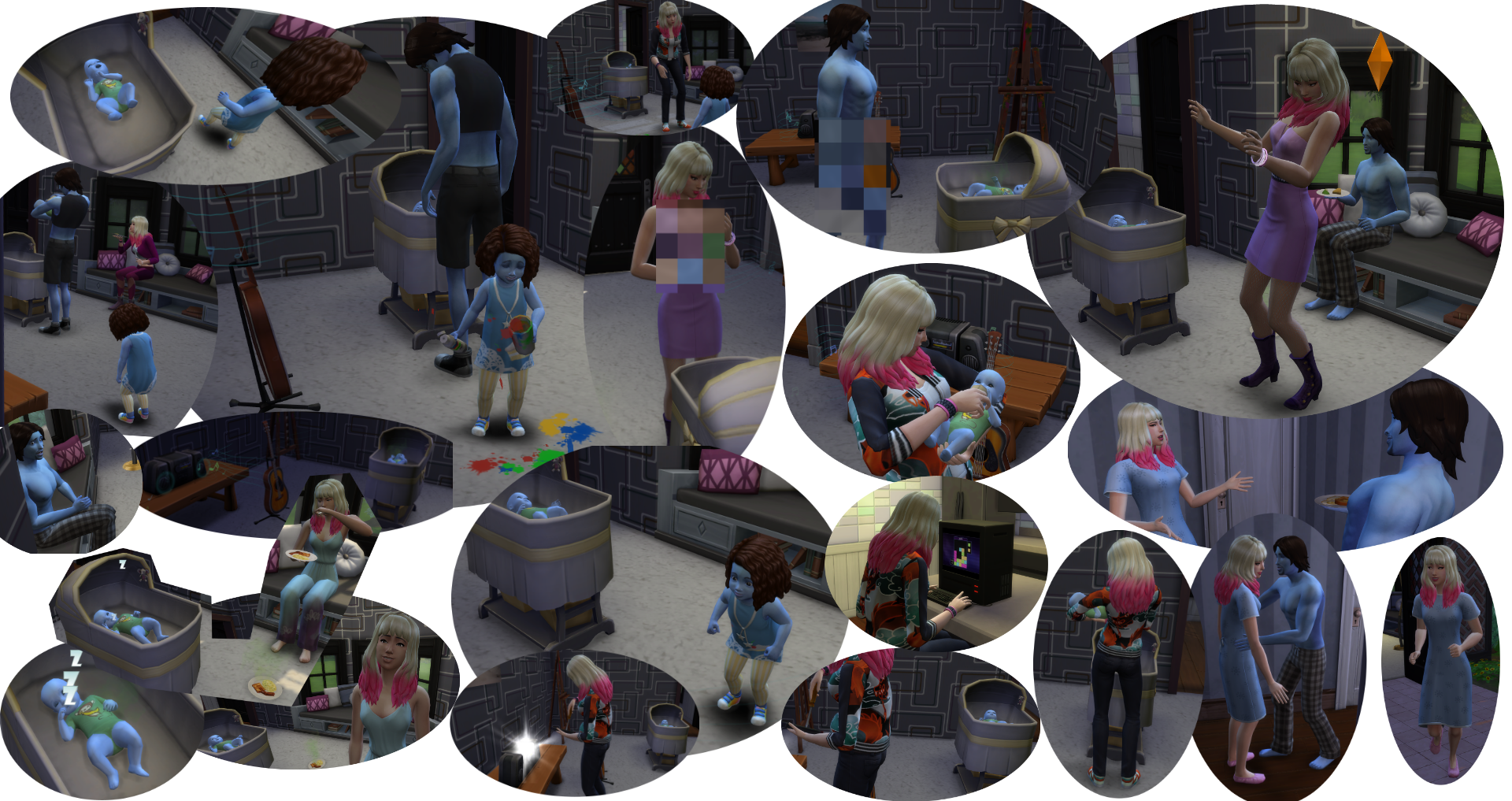 Here’s another plus so that maybe you can forgive your mother for what she’s done. And I know… while these pictures don’t all show a good light look at where they all pretty much take place. That’s right! Right around your crib! In your three years as an infant, we all spent a large amount of time around you. Your sister was quite jealous of you during those years, she got a little better when you were both toddlers. But gosh did she hate you when you were an infant.

But your mother had a computer in the kitchen during those years at our counter. But she chose to spend her time playing music and dancing with you instead. She loves you. She’s just… troubled. I had to be away often for those years. I was doing the Llama Dance at sports games constantly. Your mother took care of you. She kept you fed and entertained with music. Maybe she wasn’t perfect at it, but she tried.

Maybe it was my fault for being gone all the time trying to make money… Forgive me if it has been my fault. 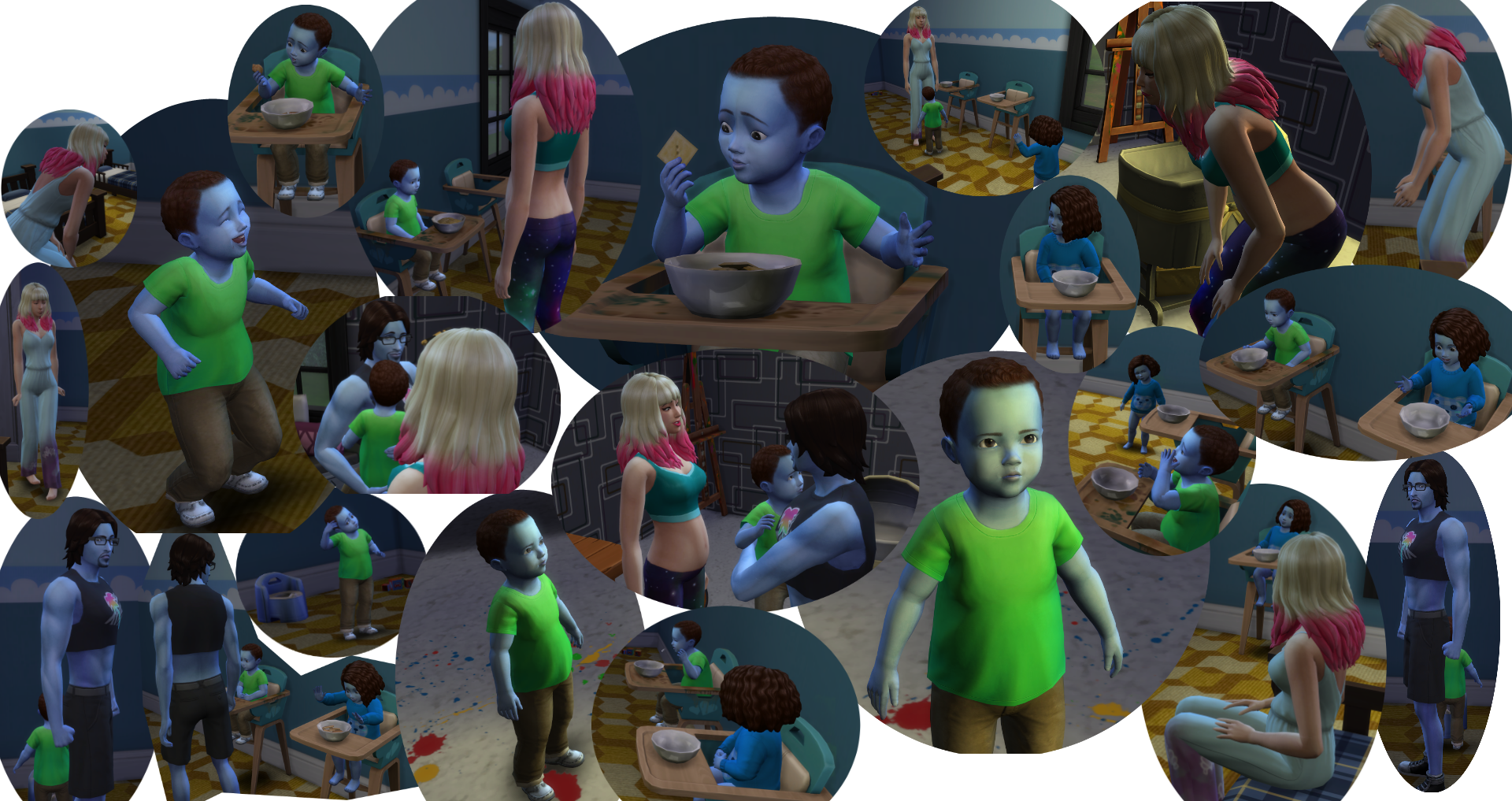 Things weren’t all bad you know. You and your sister shared a room in those early days. your mom would make sure to feed you both in your high chairs. Crackers fascinated you, they were clearly your favorite. Candy stopped spending so much time in front of the radio and started spending more time in the bedroom with the two of you. of course I think right around then is when she started feeling the signs of pregnancy with Anna and Austin… that probably didn’t help her comfort levels now that I think about it.

I spent a lot of time potty training you when I got home from work. I wanted to make sure you were a big boy. They were some… ah… interesting training sessions… It’s not exactly easy to get you to aim your stick down when you wanted to laugh and dance. And were pretty clueless as to what I was talking about. 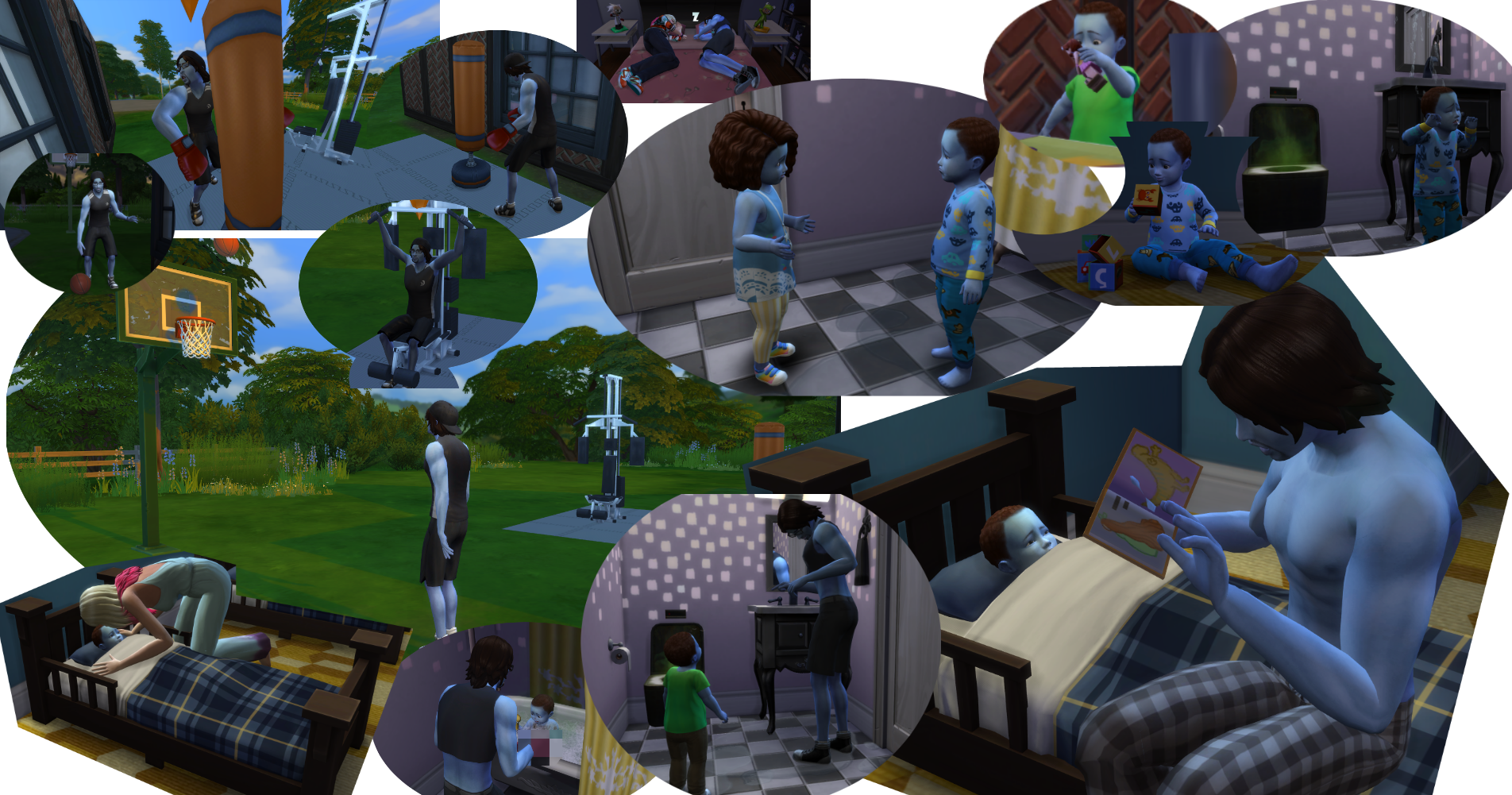 Do you even remember the basketball hoop I had back in those days when I was mainly working for sports events? I’m thinking now I should go get a new one and see if I still have any game. Probably not since I’m getting so old!

Besides, it really wasn’t all that important I shouldn’t be worrying about it. No, you kids were the important things. I remember reading you all kind of stories when you were little. Your favorite one, of course, was the one about the dinosaur villagers, the dinosaur pirates, and the good mermaids.  Not that many mermaids are good… but it was a kids book so I guess they had to make some of them seem good. And yes, despite all my complaining, your mother would actually tuck you in at night. Maybe it didn’t happen every night, but it was enough that I can say that she does love you.

Remember those good times okay? Anna was right when she said I should make up with Candy, she is your mother. She does love you. I wish I wasn’t kind of saying goodbye in these journal things I’m writing to you and your siblings. I’m being overdramatic, aren’t I? I’ve still got time left!

It doesn’t seem like that much though! Right, back to the good stuff. moving past mermaids. Heh, I haven’t thought about their evil in a couple years, can’t believe it’s coming up again now.

Keep standing by your siblings. You five have always had each other’s backs. Whether it was you discovering broken things in the bathroom and Ambrosia letting you know that mommy and daddy would take care of it and not to cry, or more recently with Antonio winning that spelling bee and you all celebrated with him. Gosh, I adore looking at these pictures again, you and Ambrosia were so adorable!! 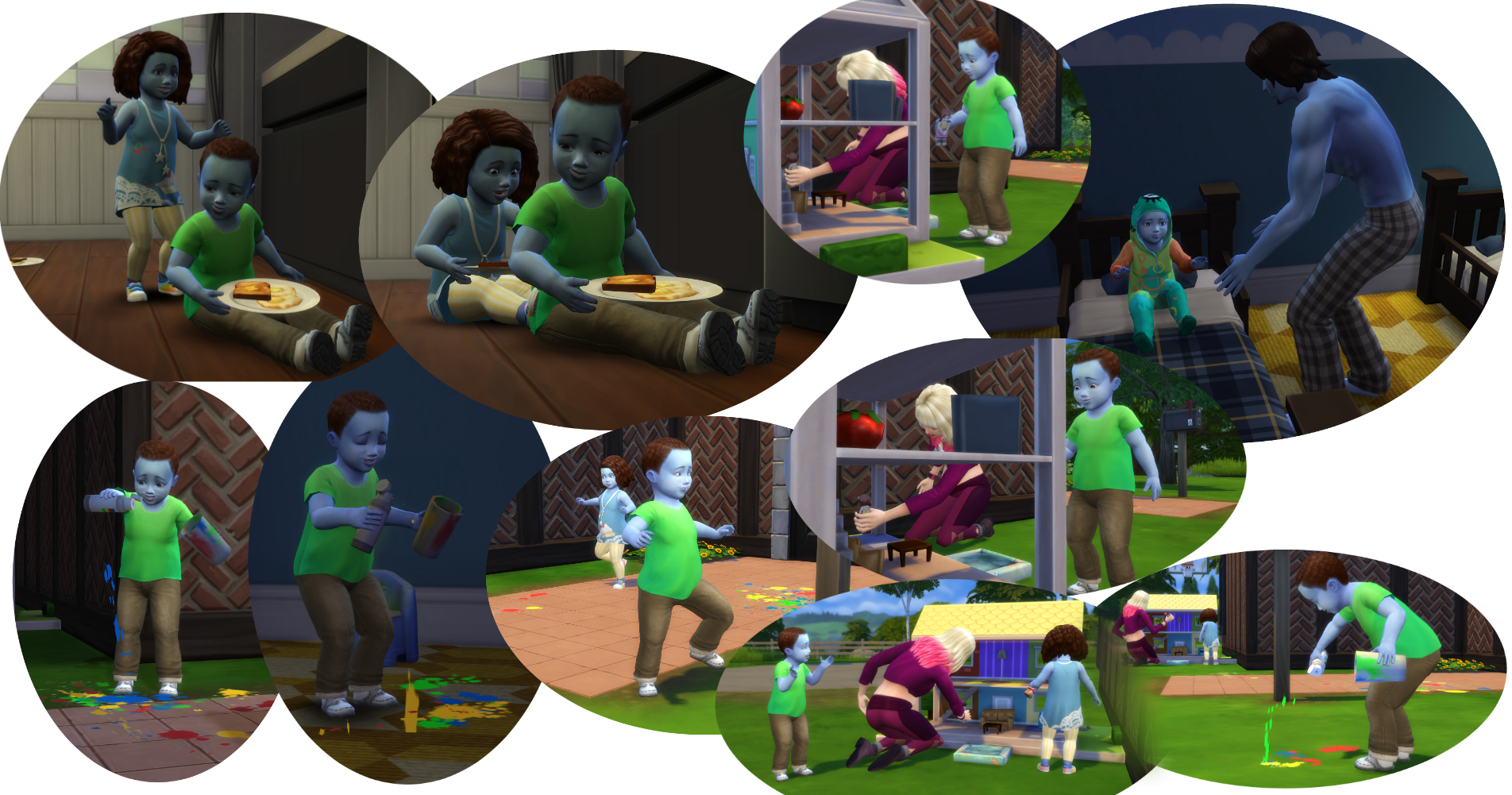 You’ve always been really creative Ace. Continue to hold on to that. I think you can really make it shine through your music if you keep focusing on what you feel in your soul. As much as it’s not my usual song genre. I think country music would really fit you. It has the passion and range of emotions that you possess. The way you’ve been enjoying that old acoustic guitar of your mother’s lately… yeah I think it’ll fit you well. Whatever you do though, don’t give up on your passion for the music.

For your creativity. You’ve got this Ace! 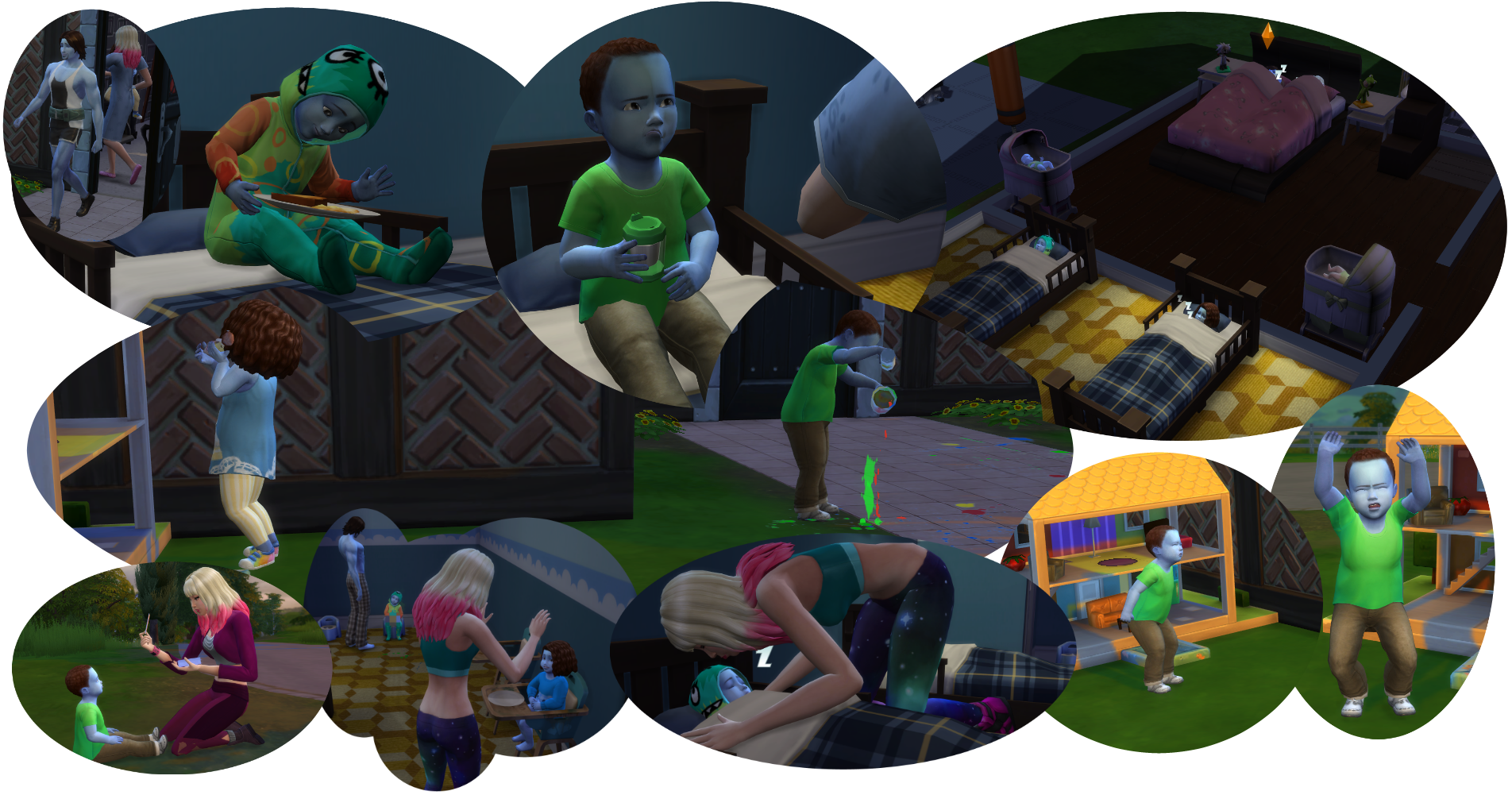 Austin and Anna came, and you got mad. I’m glad you kids never held it against each other really, that any differences you have you seem to work out all on your own. But I know you held it against Candy, I did too. For a long time. It’s getting hard to write more you know? About those early years…

I really don’t want you to remember the bad. There was so much good, and you kids grew up into beautiful teenagers. I can’t wait to see what you’re like as adults. I hope I can last many years into your adulthood. 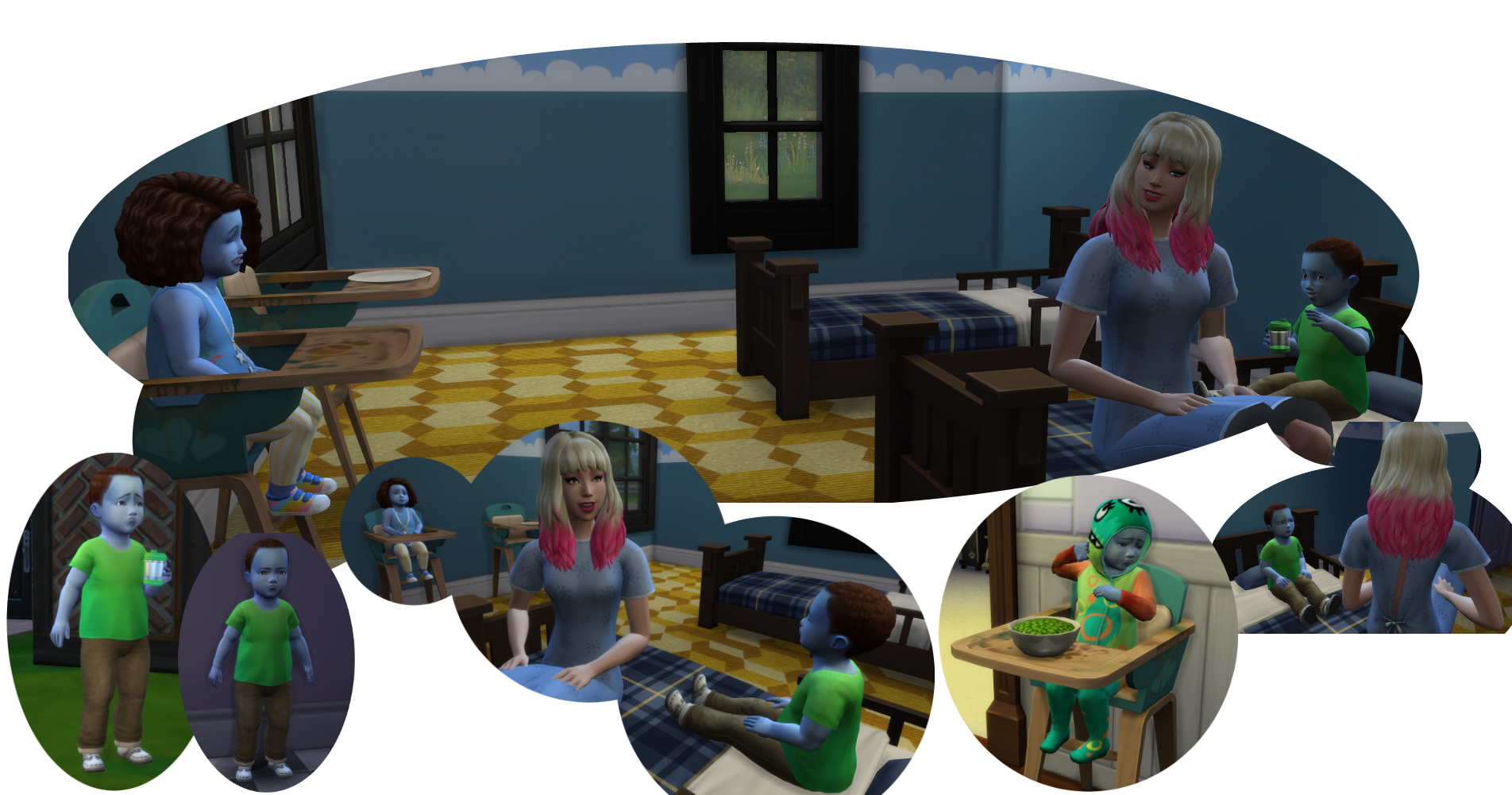 Anyways, those last couple years of you as a toddler really flew by. You were cranky, and with four kids in the house our hands were really full all the time and couldn’t devote as much attention as we wanted to. I’m guilty of it too I’ll admit. But I tried as hard as I could.  I definitely hadn’t expected twins when we got pregnant that third time.  You just glared at the world, taking it all in. Your creativity didn’t leave, but you weren’t focusing on it as much as you used to.

Honestly, I was worried, but I’m glad you made it through to being creative again. I really see it as a part of you. Let that music shine through you Ace! 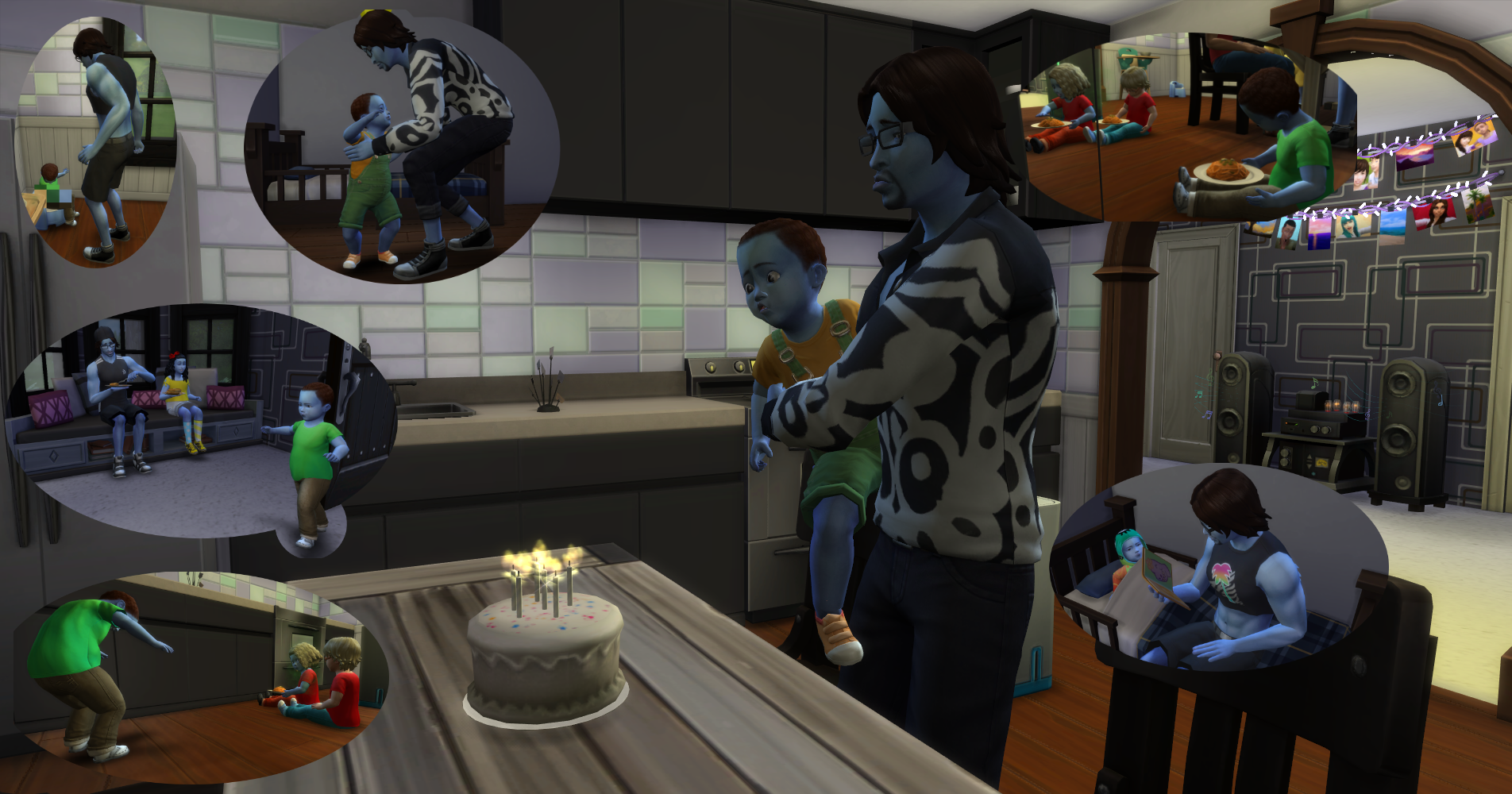 Seriously… it was like I blinked and suddenly Ambrosia was a child, the twins were toddlers, and suddenly you were going to grade school! I’ll write another one of these soon. But I’m tearing up now. I love you Ace.