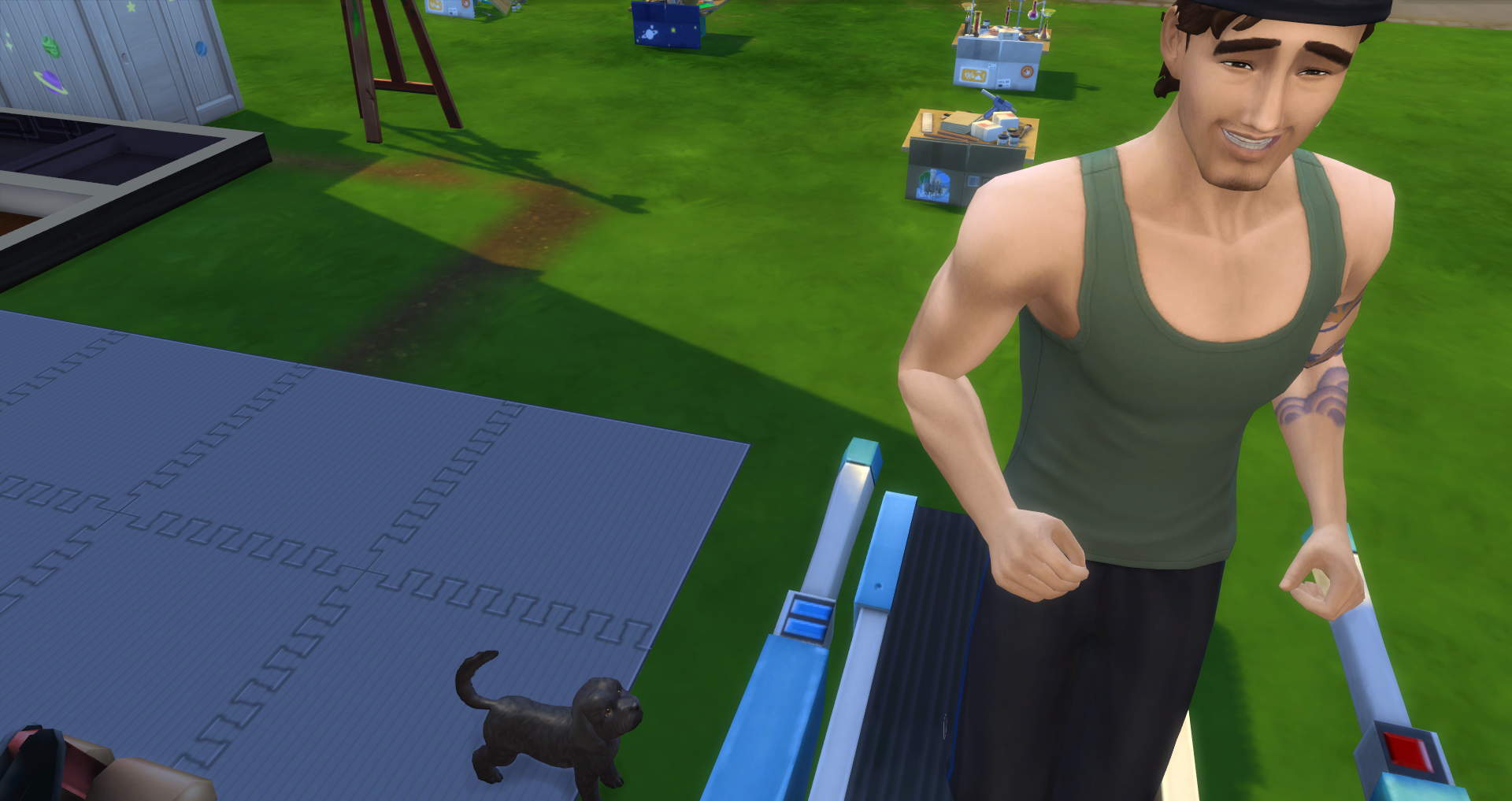 After their workout in the bedroom, Antwan slipped outside with Paolo without telling him that the episode was a two-parter. The kids played dumb like they were deciding what video game to play. Uncle Paolo was unbearable with his jealous assumptions sometimes. 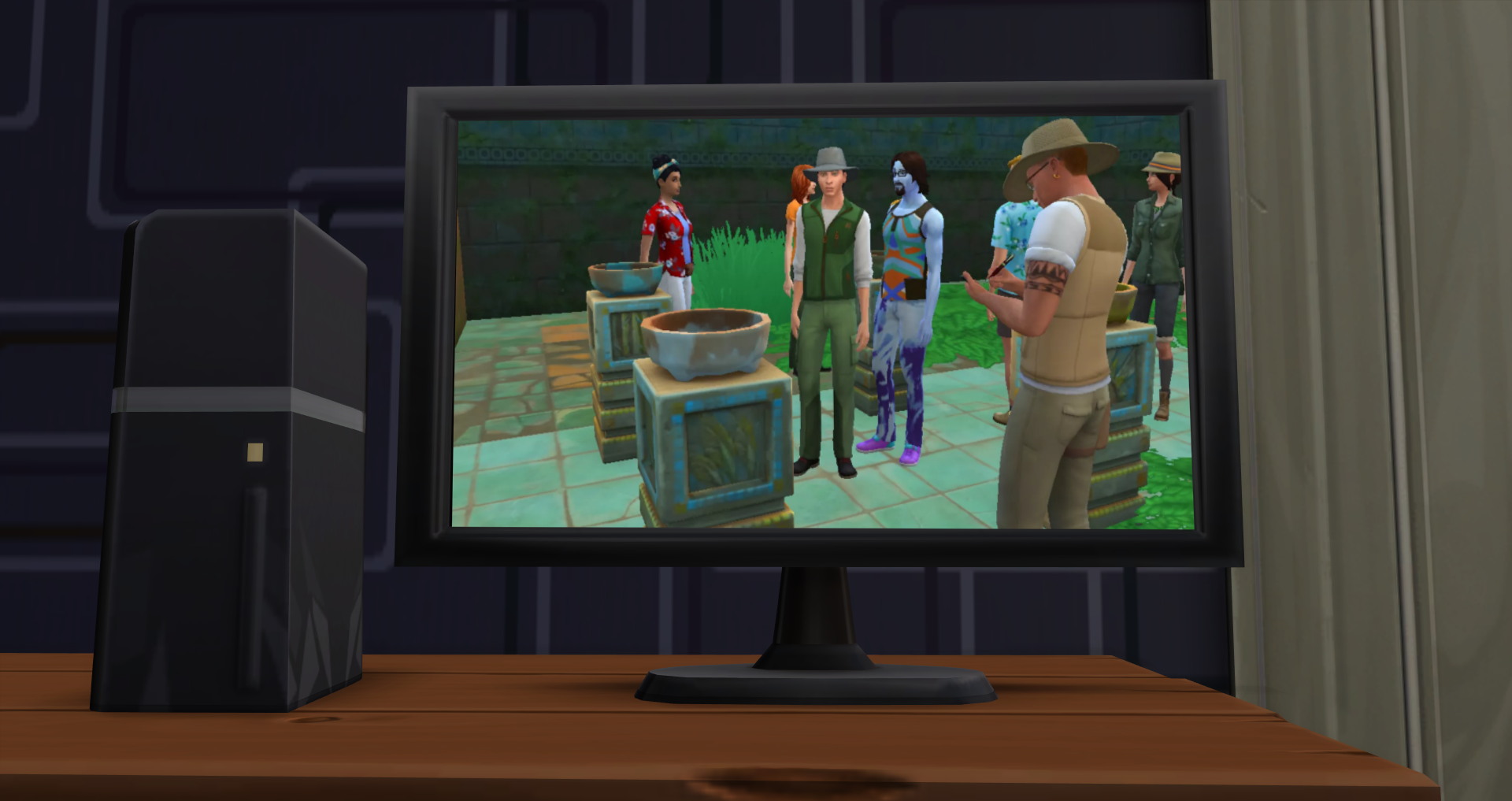 Fox Fever: With the spears on the skeletons being a trap I decided to check out the bowls that Rickie had found. 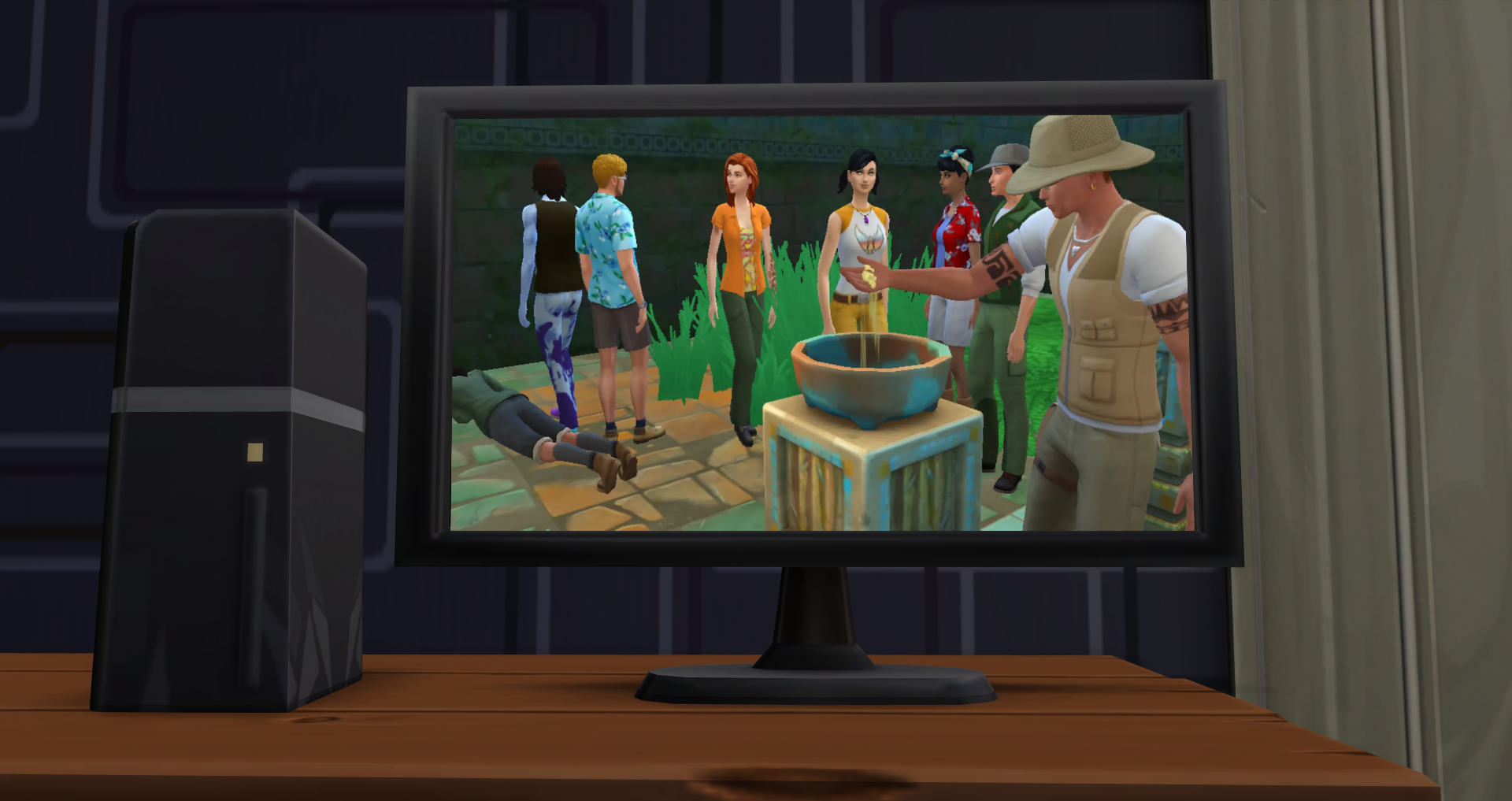 Antwan: I wonder if there is a secret button on this wall?

Anna: That’s not actually a bad idea. I wonder why Father is so worried about Uncle Paolo seeing this half of the episode? 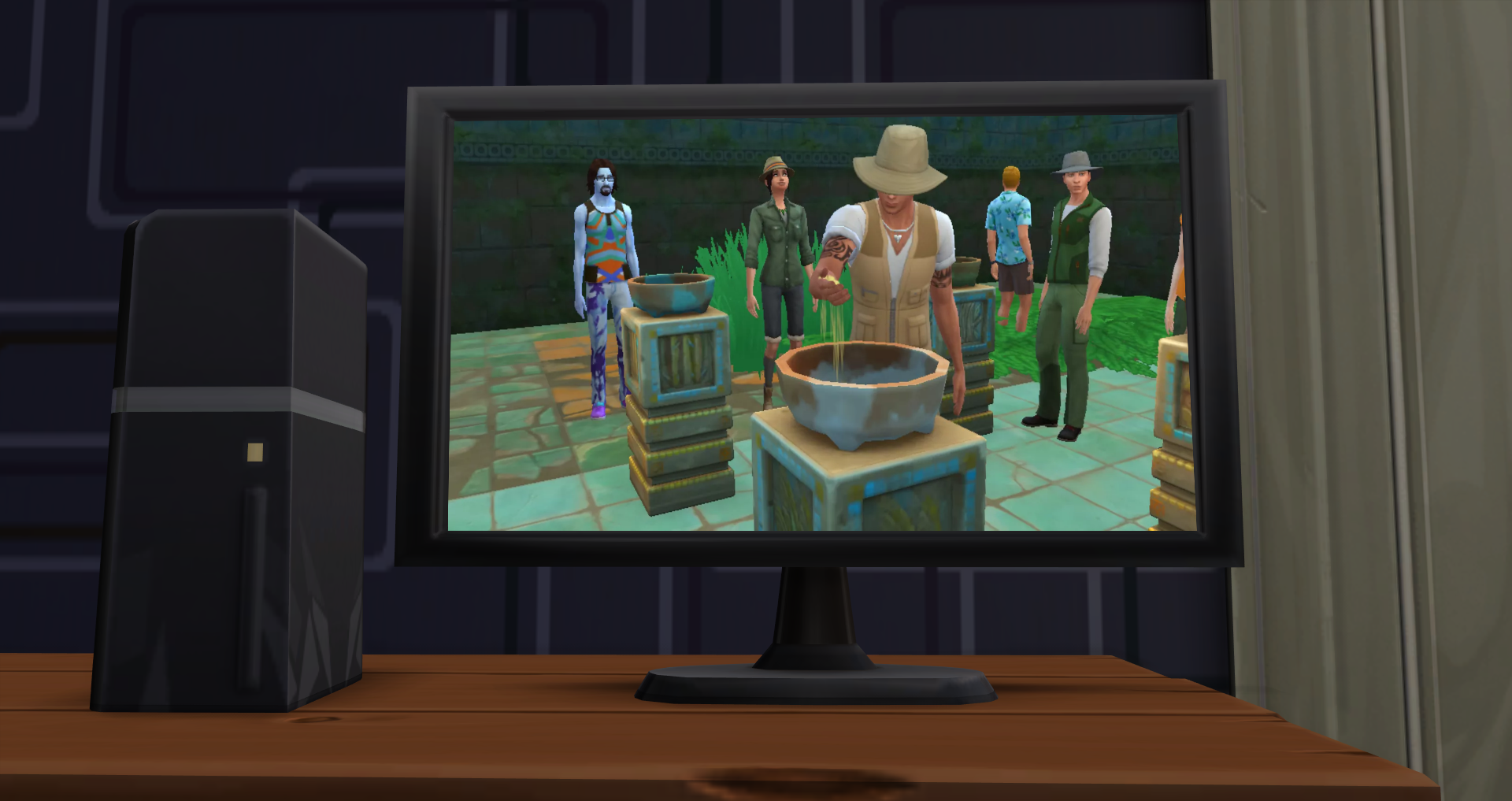 Antwan: What is he doing with that sand? 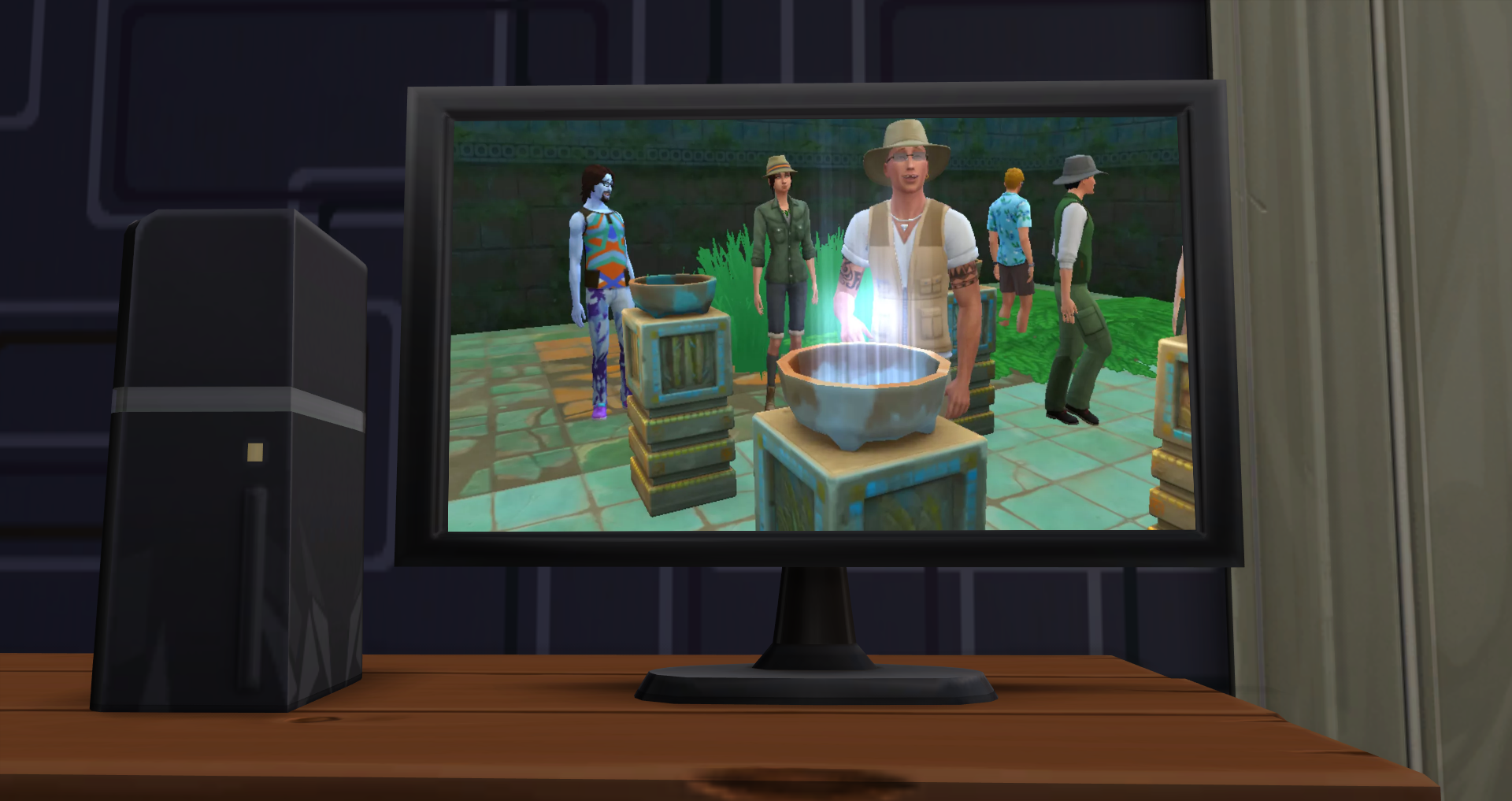 Antwan: Wow! Good looks and brains, very impressive Mr. Fox, I never would have thought putting sand in a bowl would deactivate the traps and let us move further into the temple. 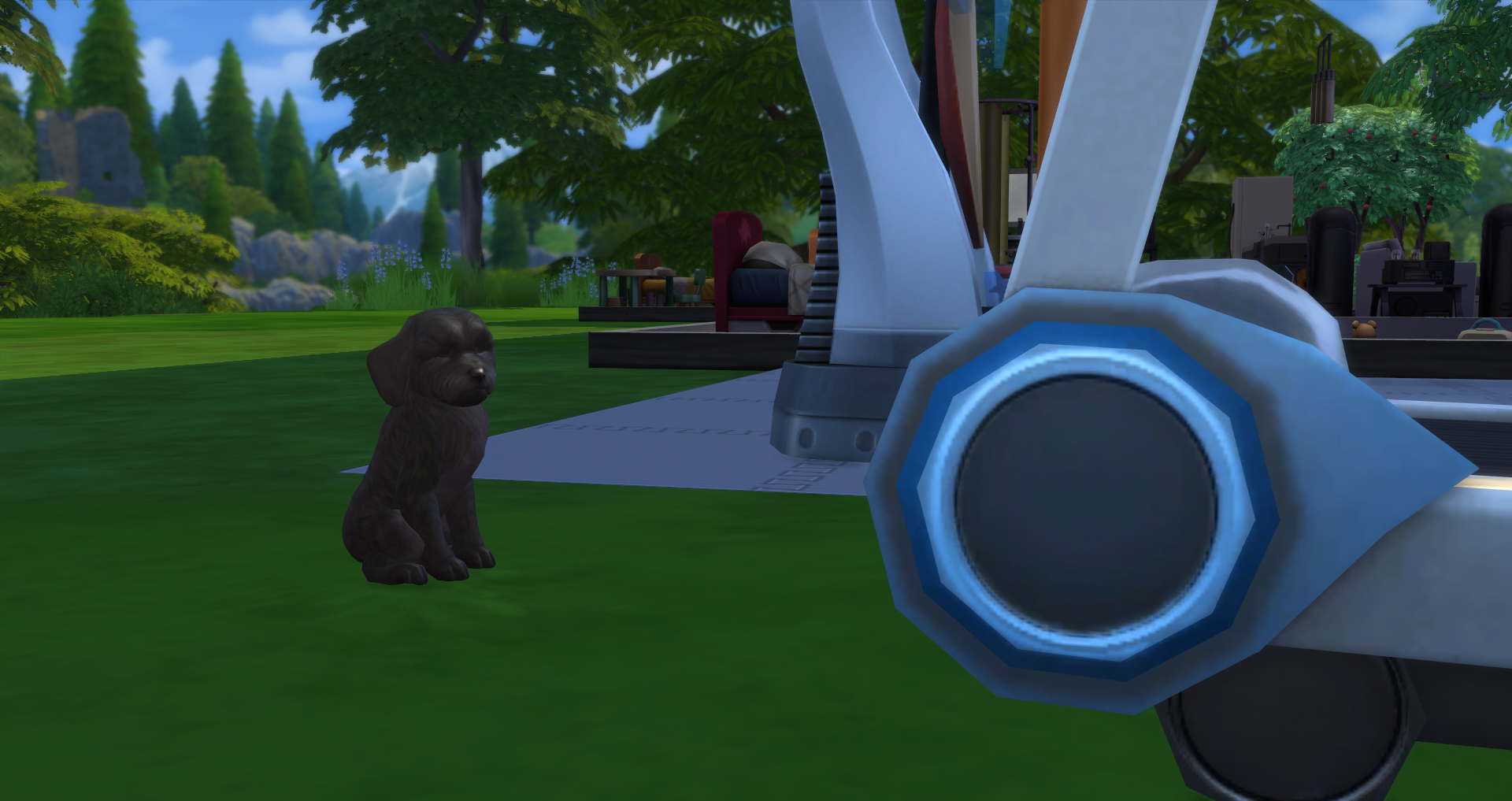 Bubbles: *takes up cheering position at the end of the treadmill* 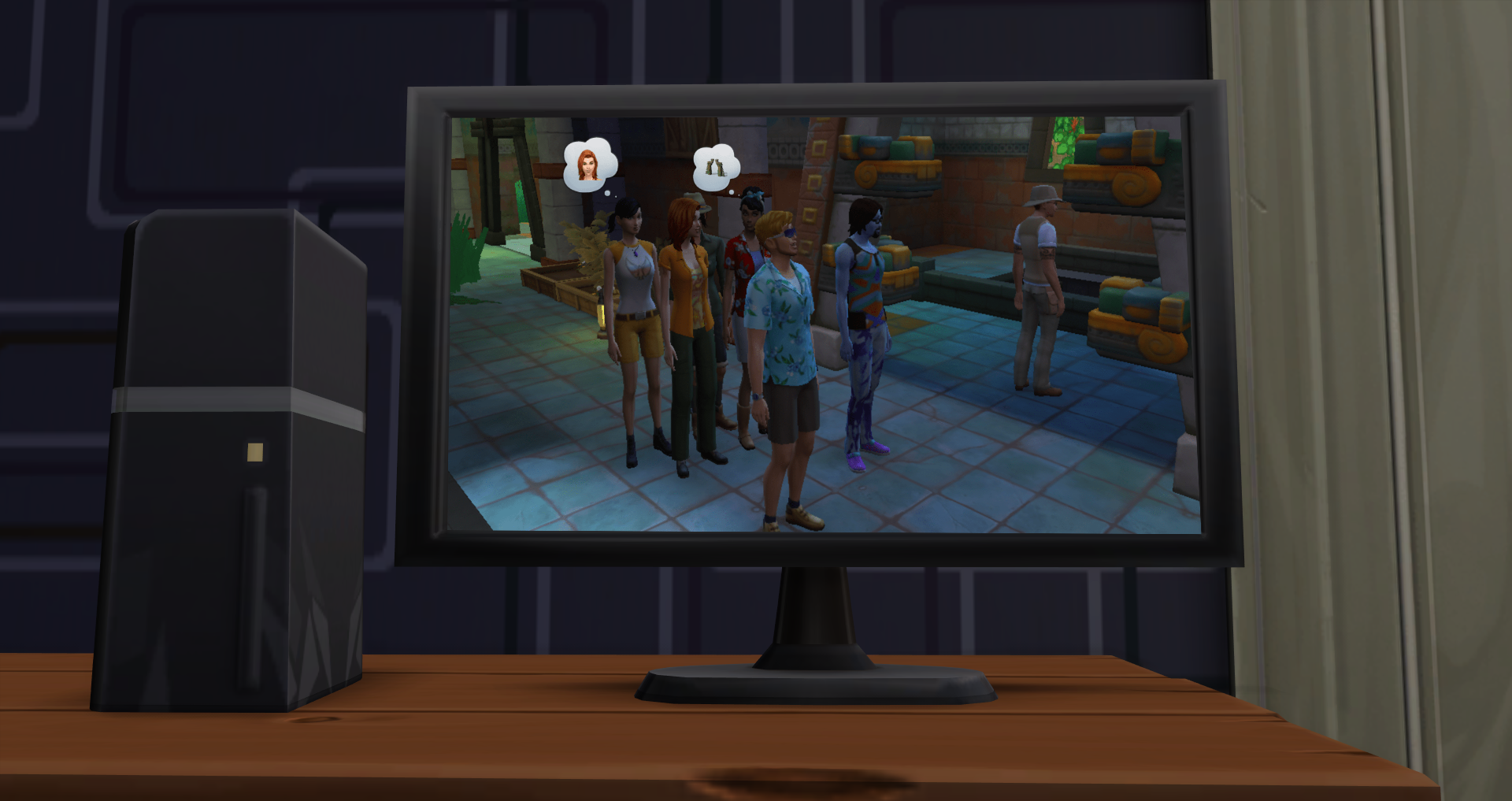 Rickie: So where are the naked lady statues?

Misty: Hey the mist is gone from the archway now!

Ace: Oh no… look how Dad is eyeing Fox Fever now. What was in that green mist they breathed in? 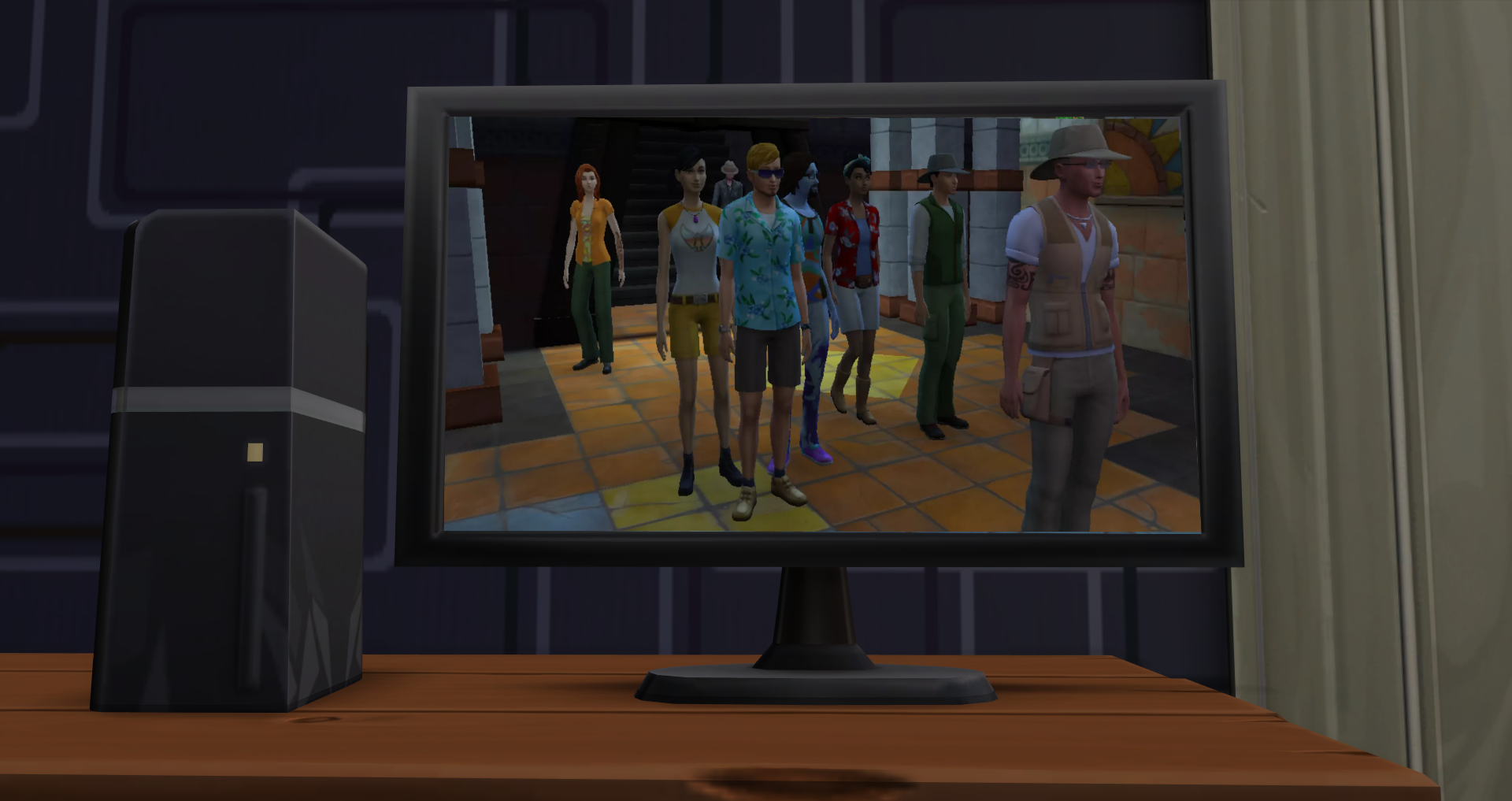 Fox Fever: We venture further into the temple. 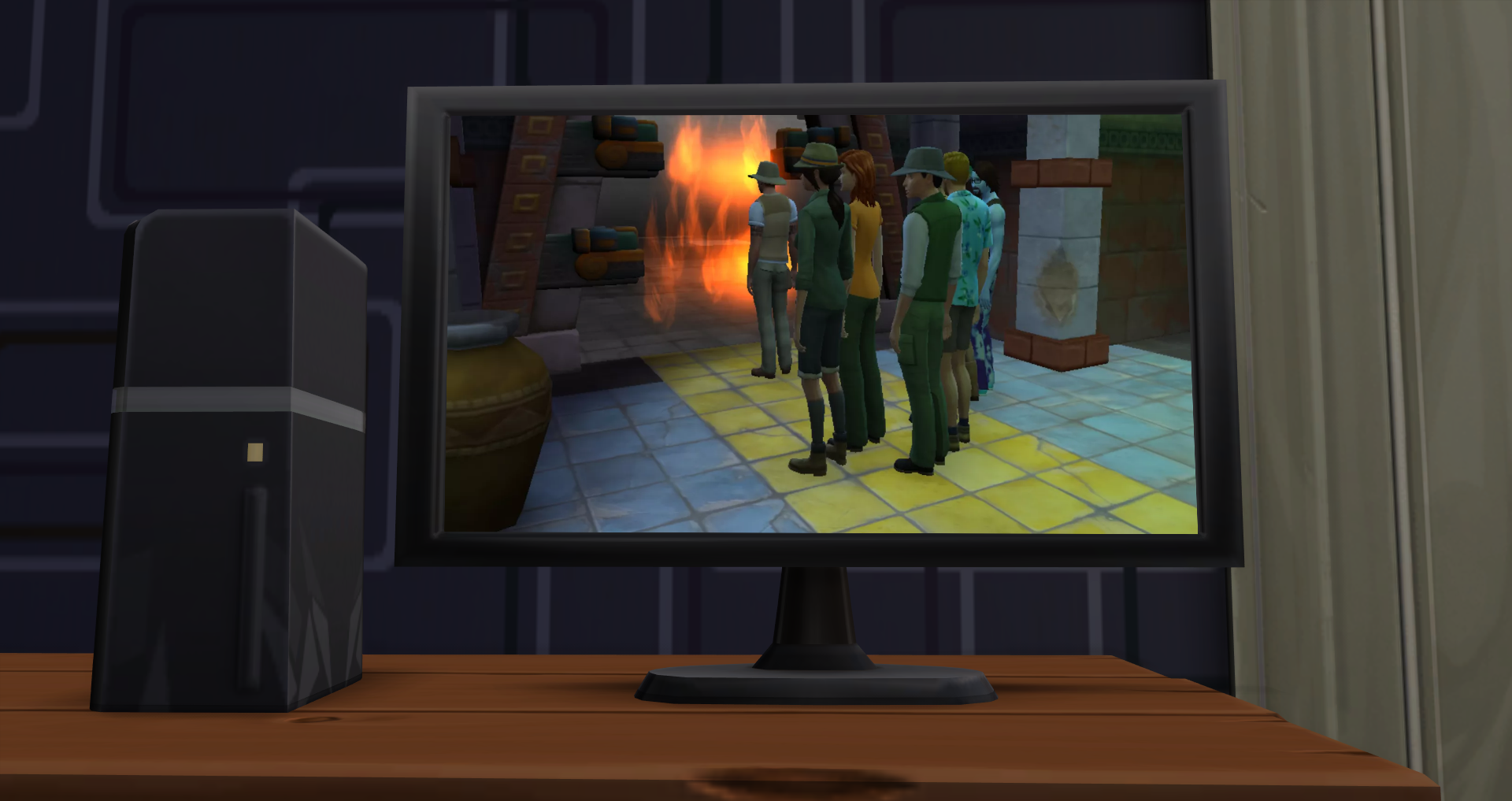 Fox Fever: We come across another covered gateway. This one is covered with fire. I ask the team to look around and see if they see anything that could possibly trigger this to turn off.

Antwan: I bet this one is a secret button in the wall! 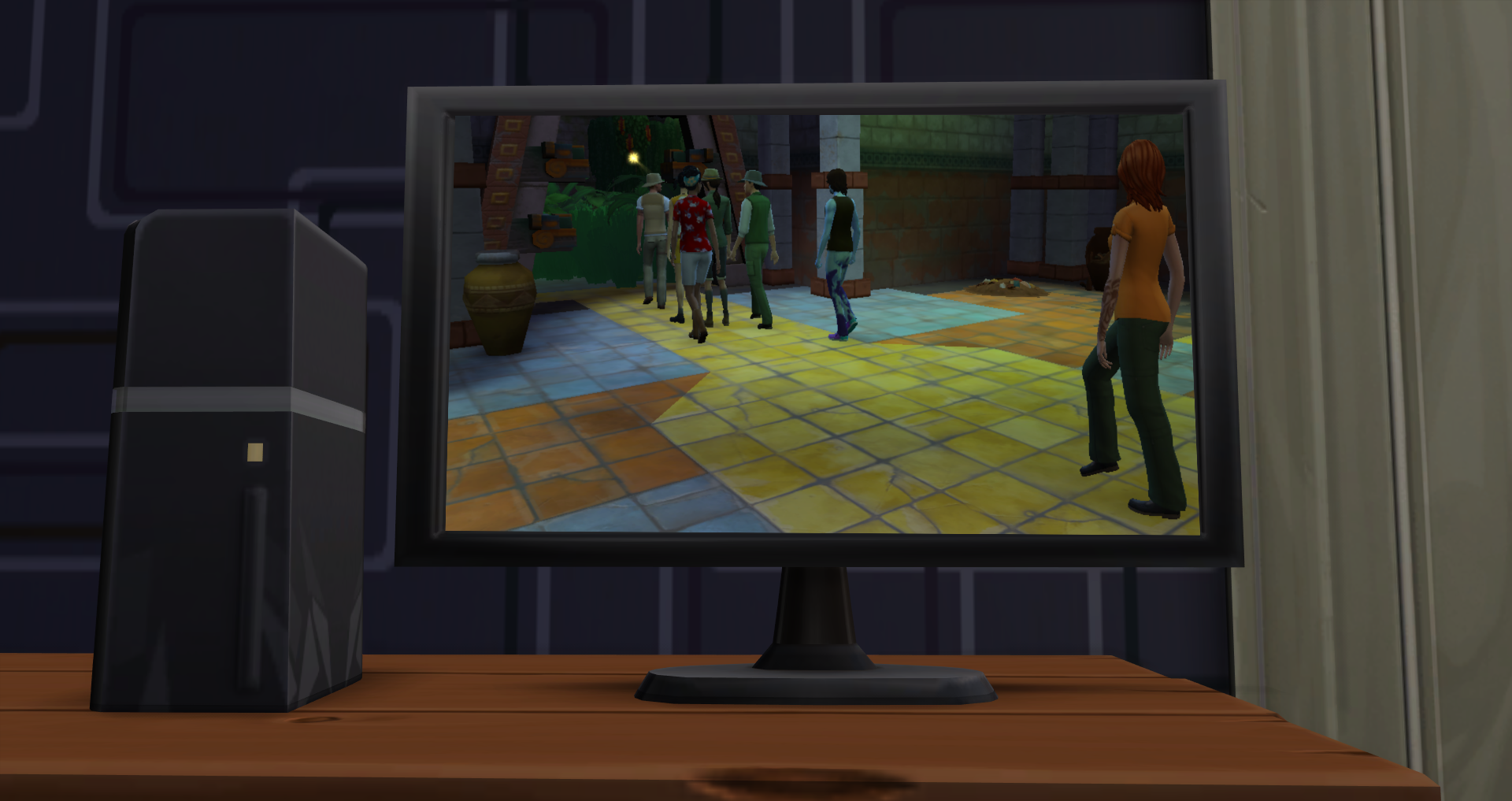 Nope, Antwan was wrong, it was a secret button in the floor, and you had to be in a flirtatious mood to trigger it. That’s why everyone was starting to get flirty when they came across the mist. It was getting them set up for the next trap, but only if they paid attention to the fact that they were feeling… loving.

Ace: Yeah, it’s gotta be the mist that did all this. 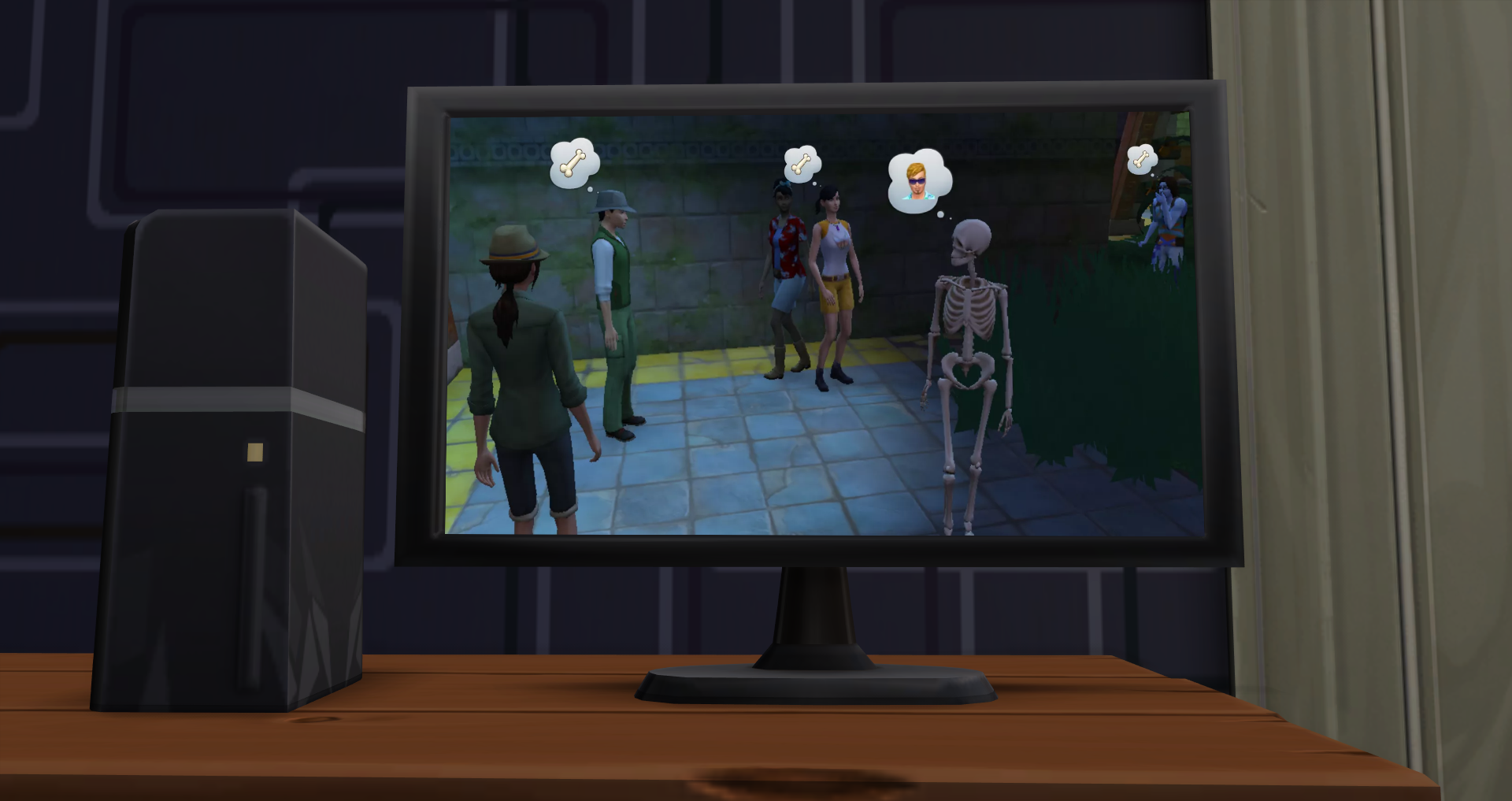 Fox Fever:  A third gateway is blocked by electricity, so as I study some ancient totems, the rest of the crew stays by the locked gateway. 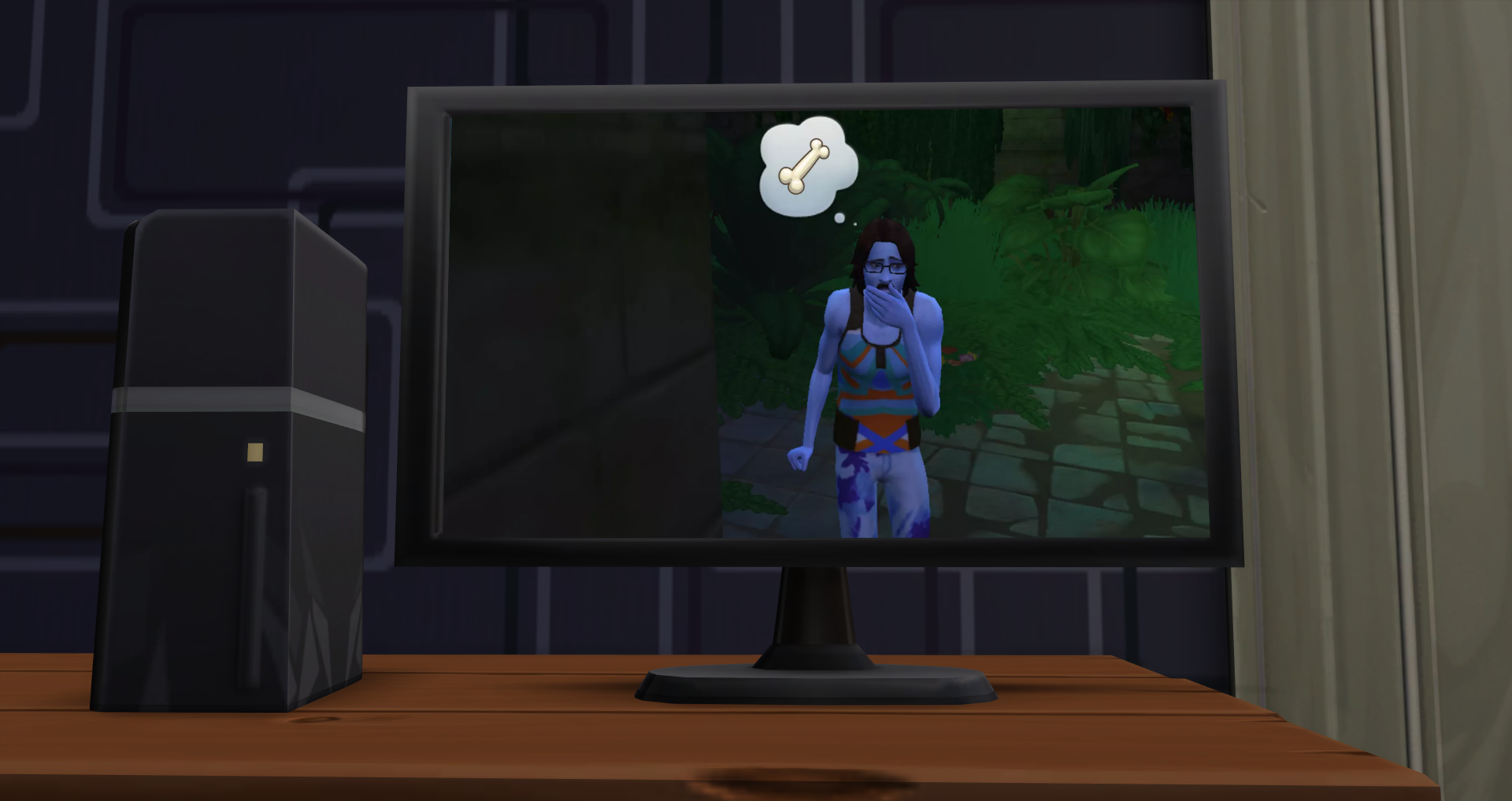 Antwan: That bone creature. How is it walking?!

Paolo: Hey the show is back on? Why didn’t you tell us? *leans over the back of the couch to watch.*

Ambrosia: We were letting you and Daddy enjoy your work out of course. 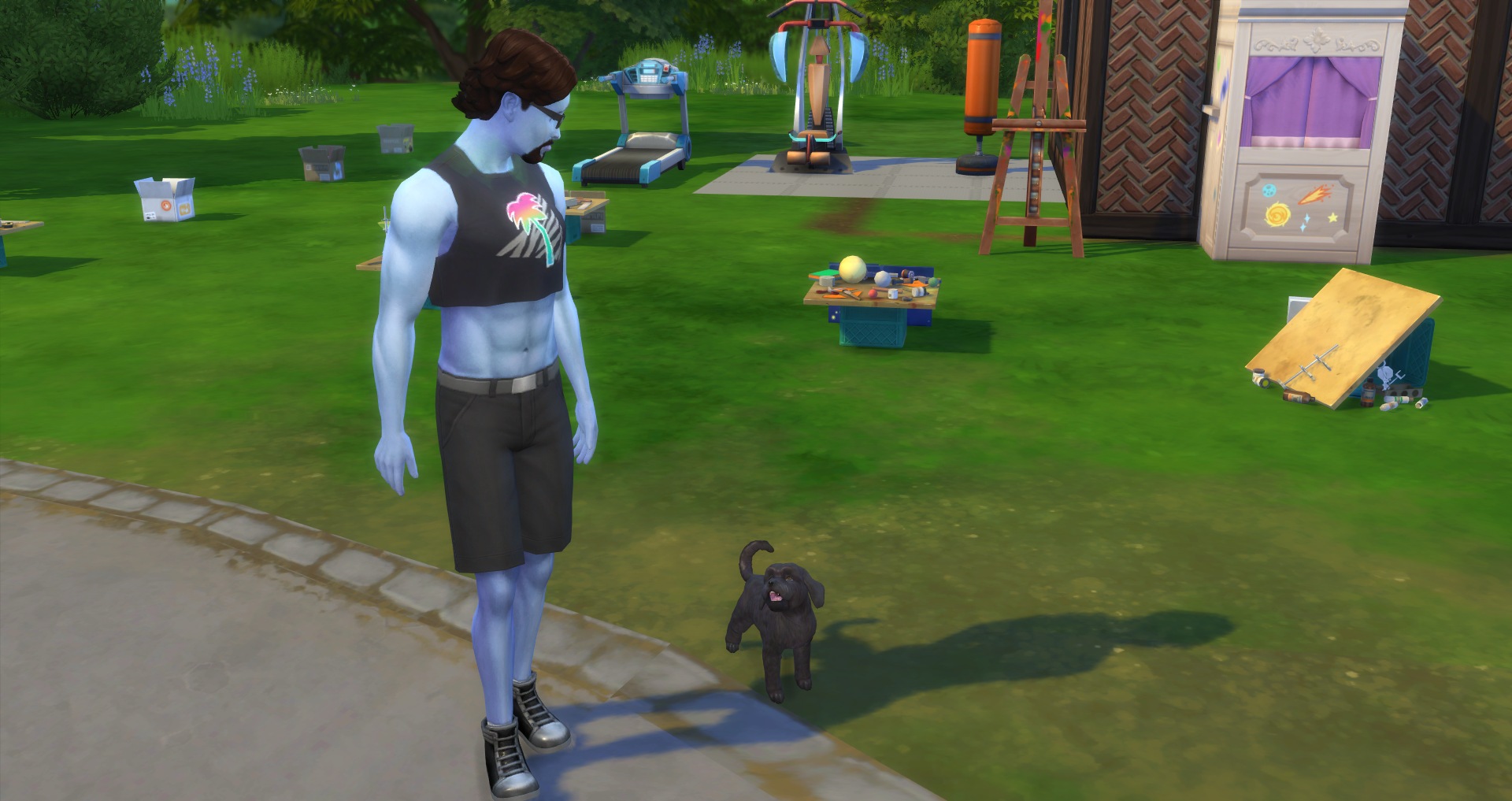 Antwan: Where did Paolo go while I was watering the plants?

Bubbles: *barks happily and runs to the door*

Antwan: Oh conniving merfolks! I hope the episode is over! *runs inside* 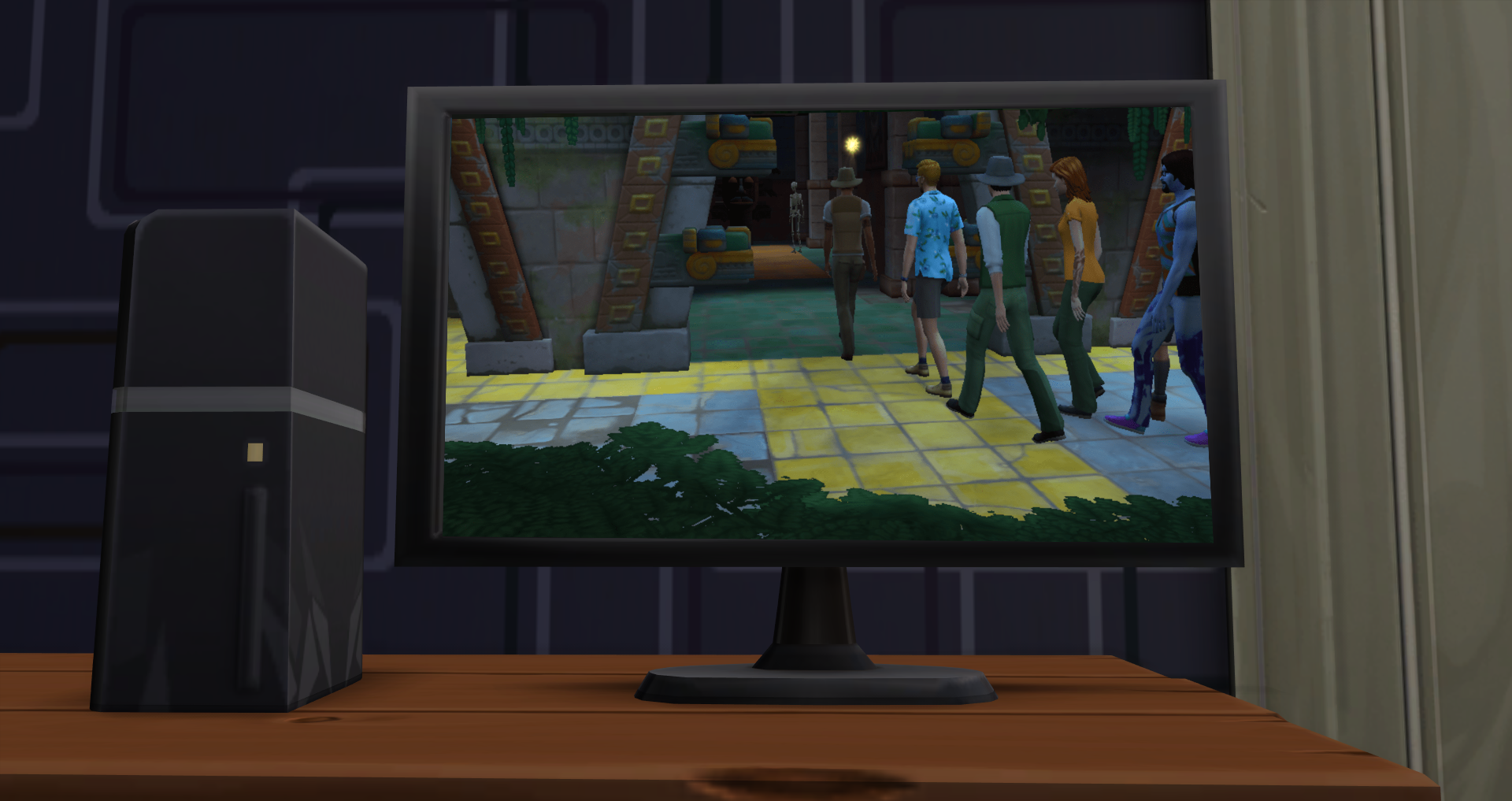 Antwan: Hey why are you all still sitting on the couch?

Ambrosia: The show is still on, it was a surprise two-parter! *smiles innocently*

Antwan: Oh hey, I remember this day. Shame that we’re going to catch the end of this episode. Though this is the best part up here. Look at the walking bones man! 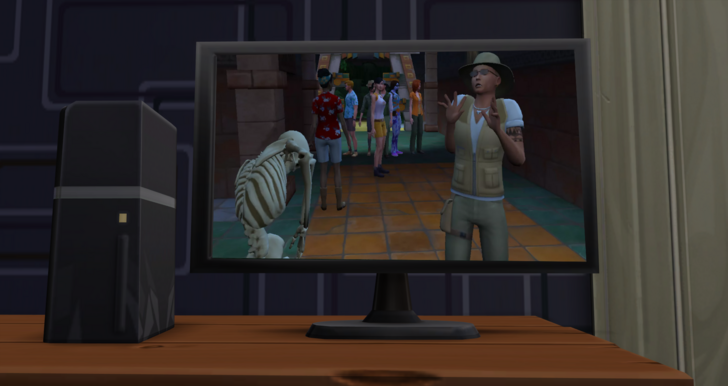 Antwan: I still don’t know how it was walking around and alive when it was just a skeleton. I never did find anything that told how the merfolk could be controlling it. 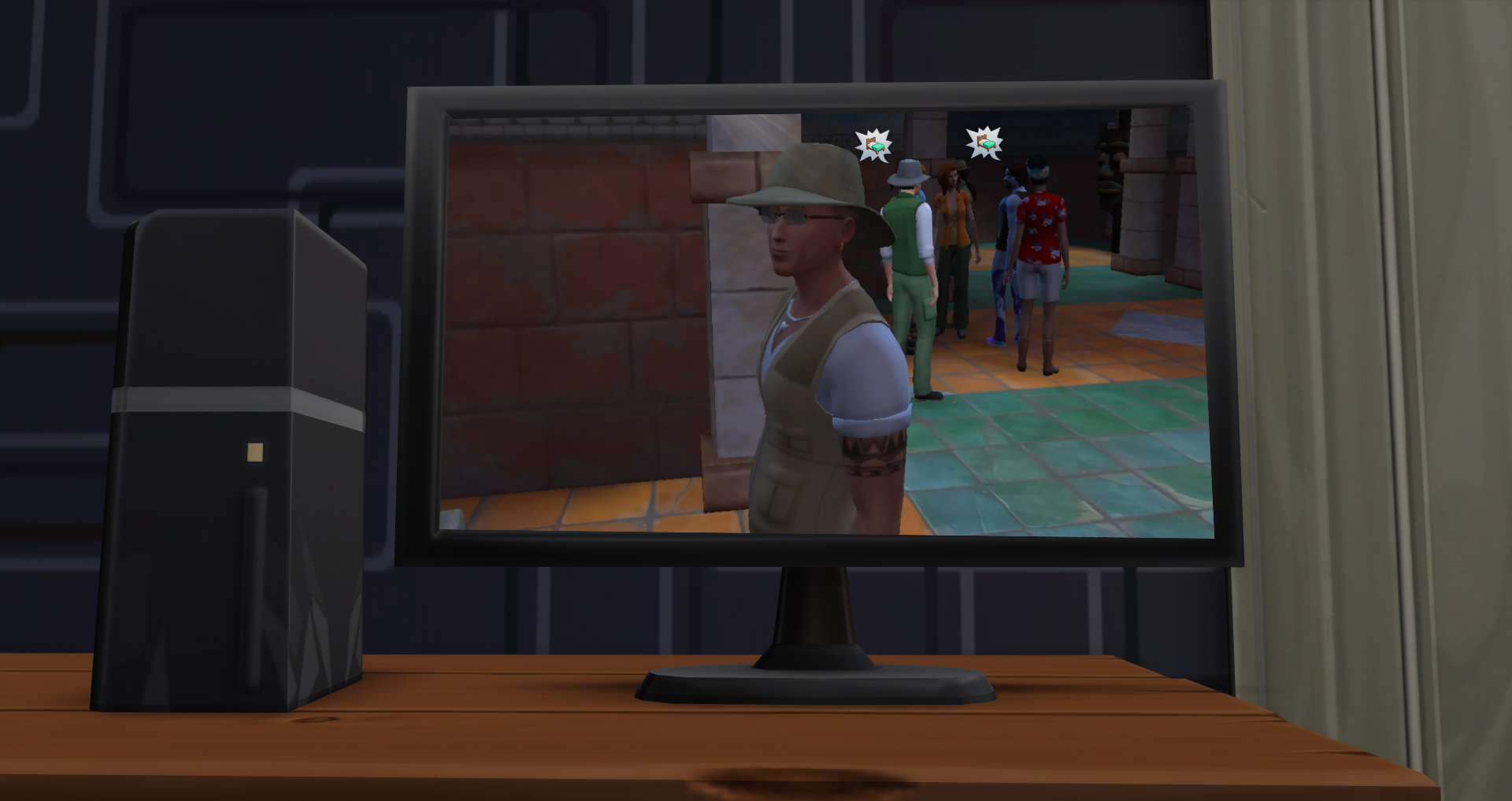 Fox Fever: As I was pocketing the treasures, I could hear some of my team behind me complaining about being tired. This was my cue to end the temple exploration here. I don’t want my team setting off traps because they were too tired to be careful.

Antwan: Gosh! I was so tired at this point, I felt like I had been walking around all day long.

Antwan: *laughs* That would explain it!

Fox Fever: I’ll have to come back to this temple another time and finish my exploration of it. I want to see what I can find in the center.

Antwan: Nothing, I was just really tired. The long day was really catching up to me and I could barely keep my eyes open. 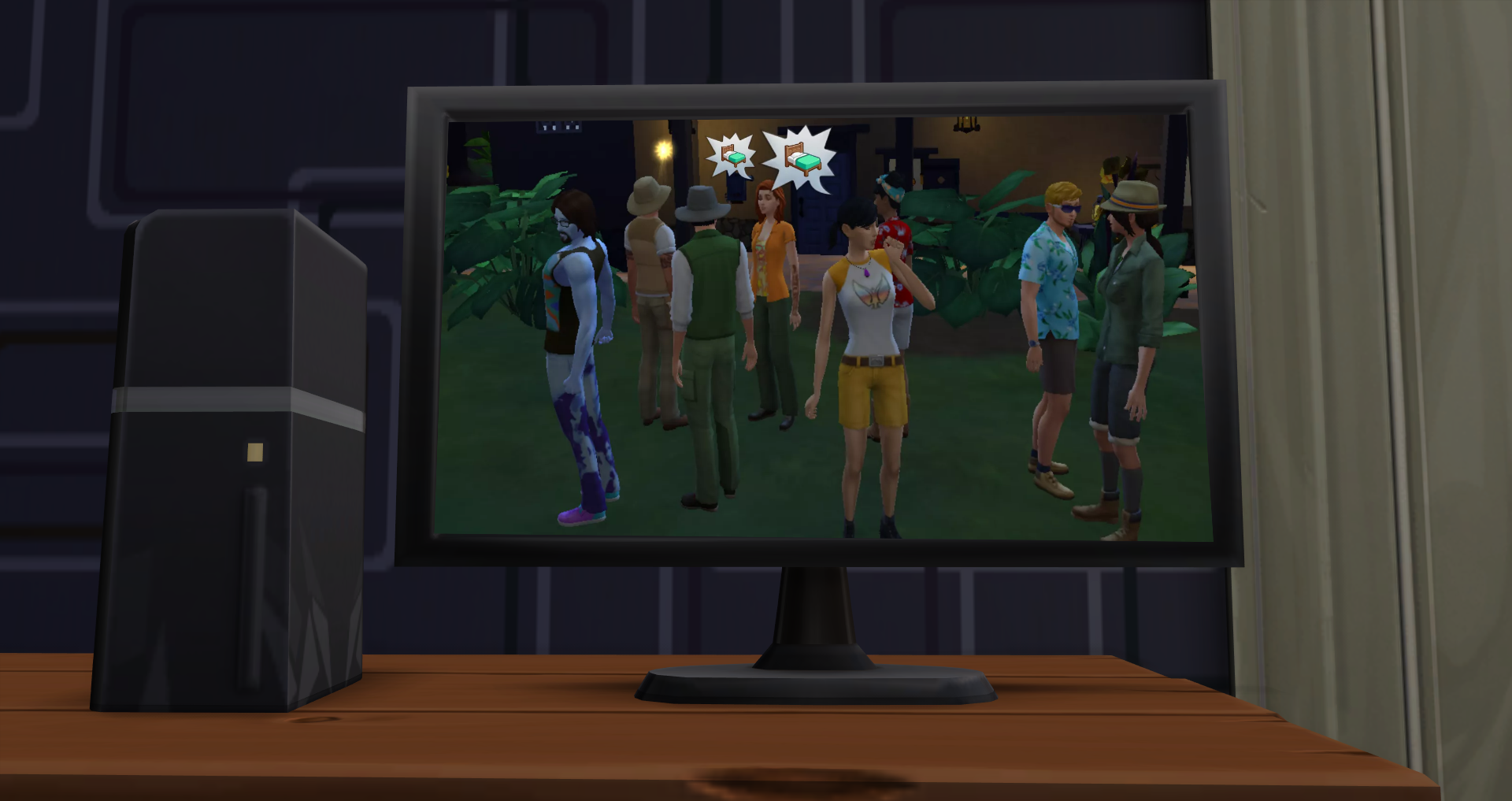 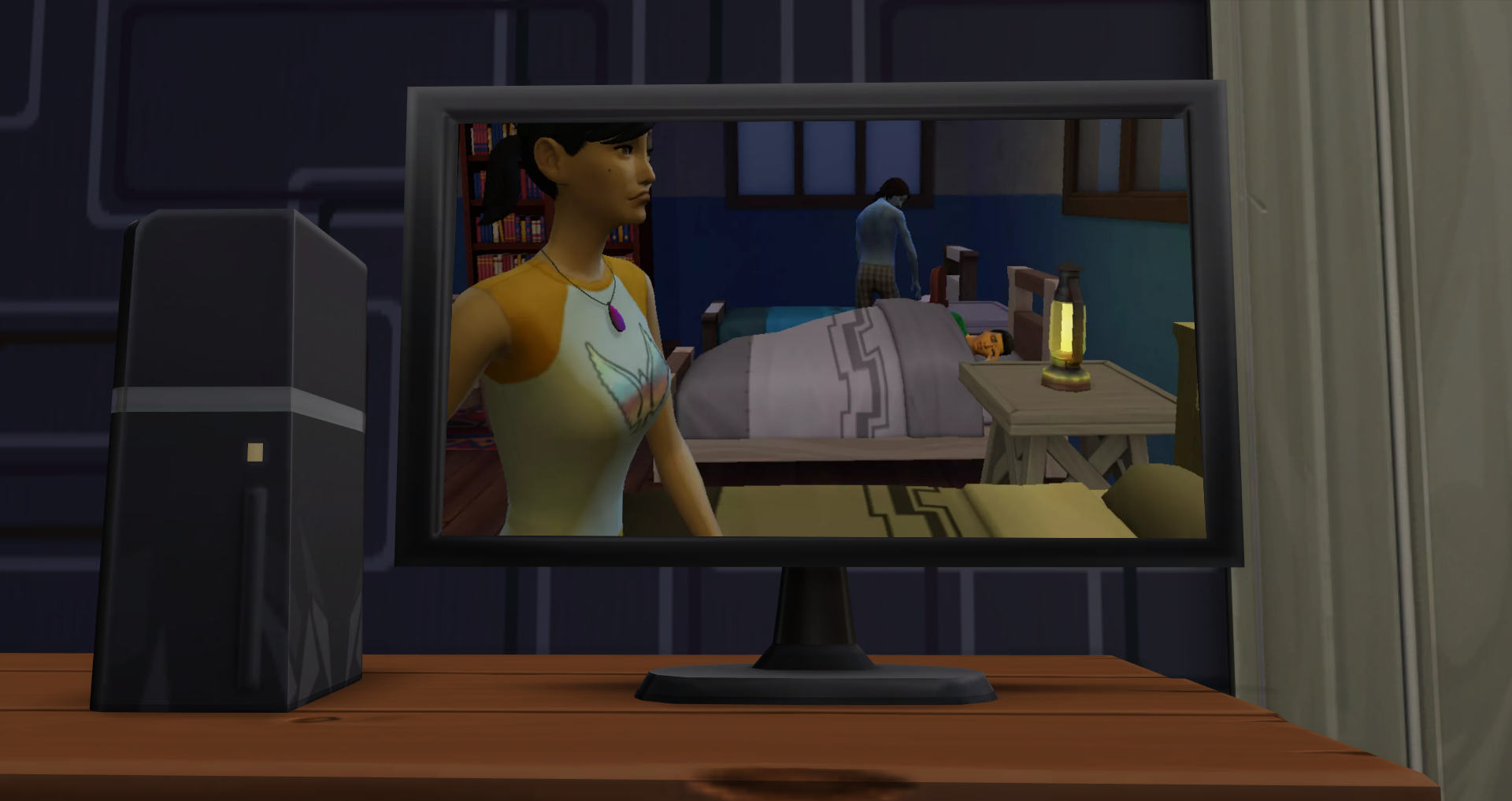 Antwan: And with that, we should all get to bed as well because it’s getting late.

The next day… Austin returned home from school with an A, and some of his new classmates stopped by for a brief visit so they could see the home of the famous blue Idiots and learn the area better. 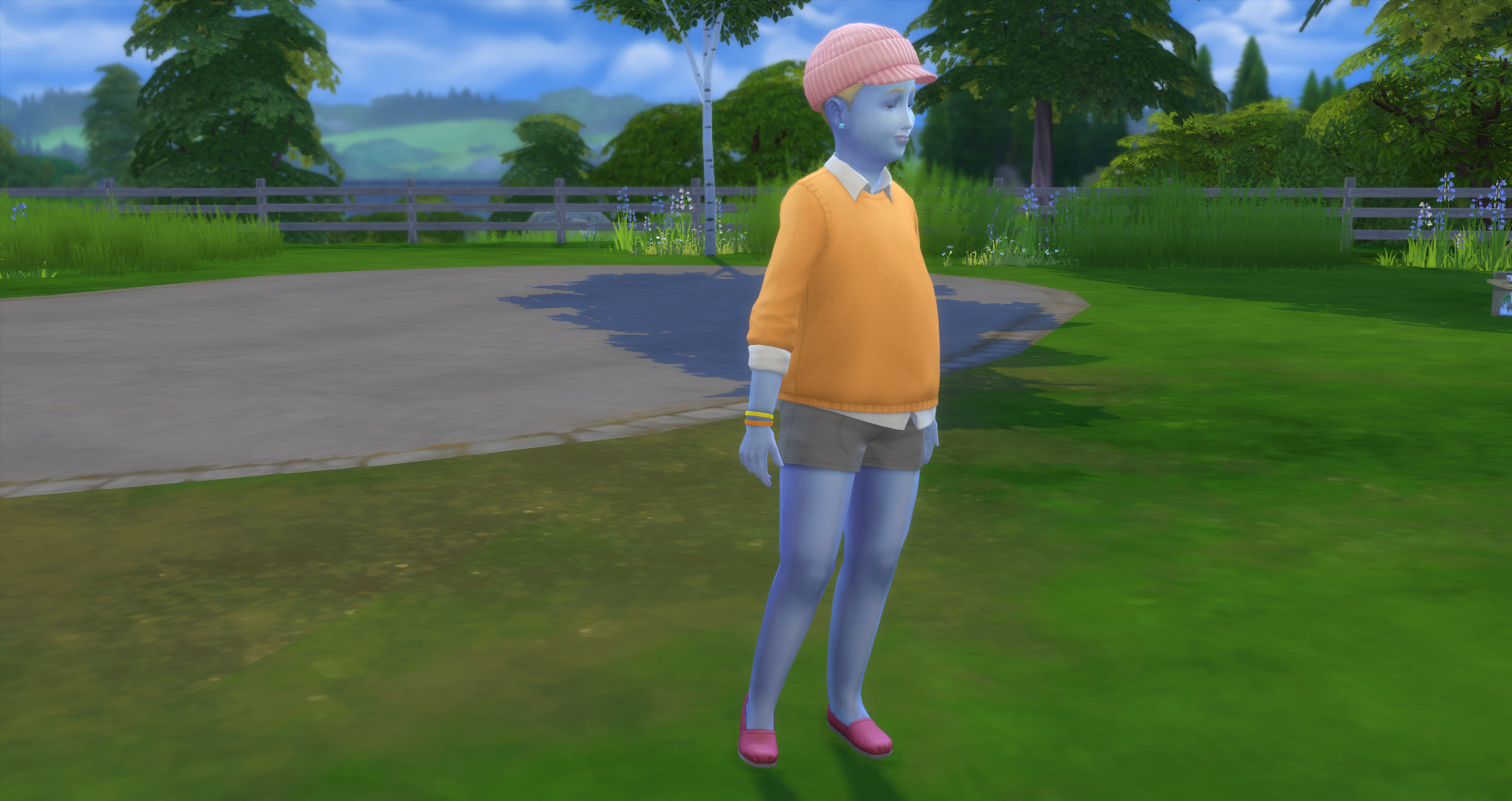 Austin: Aww yeah, finally got myself some good grades. 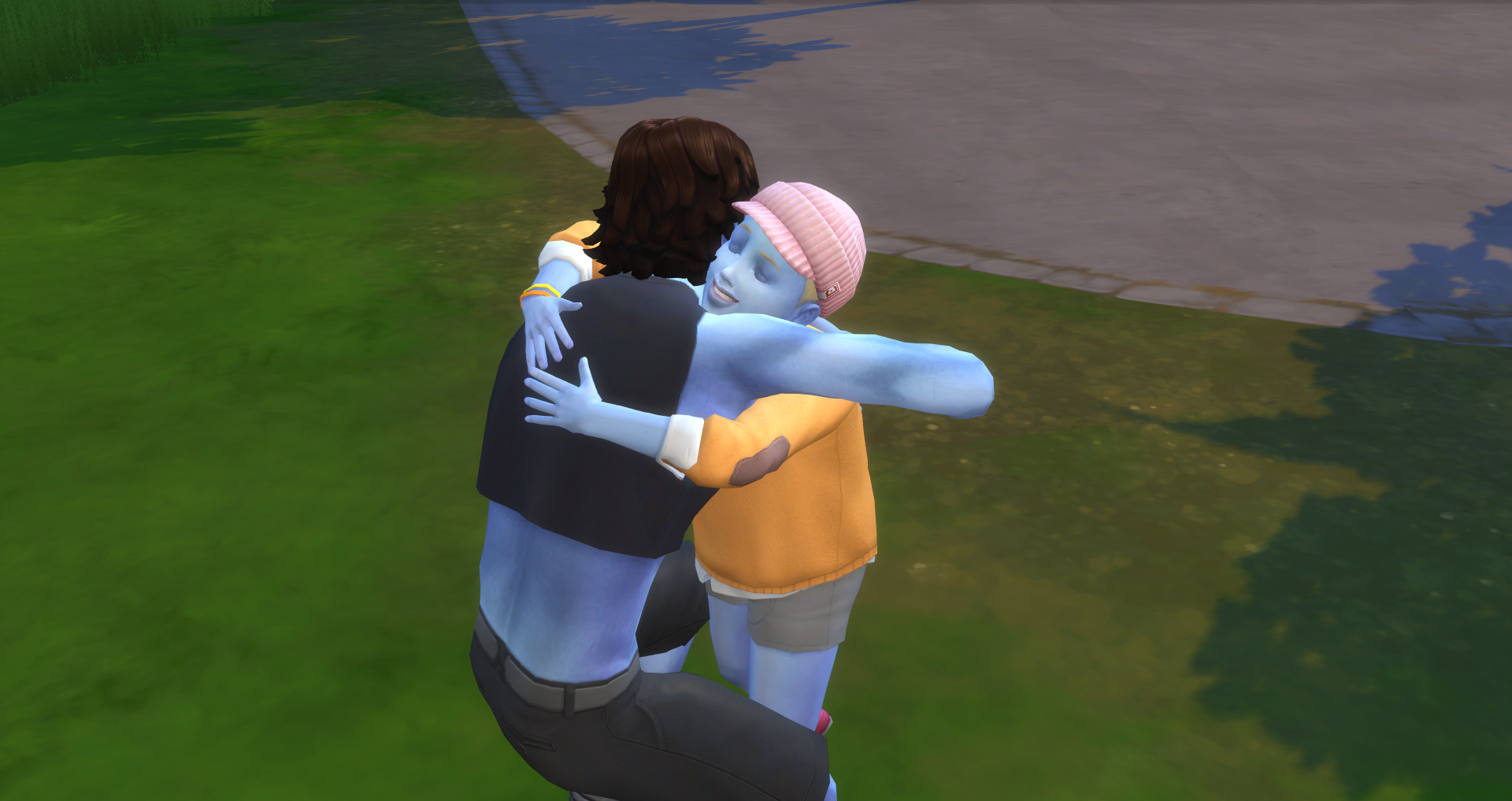 Antwan: Great job son! I knew you could do it. 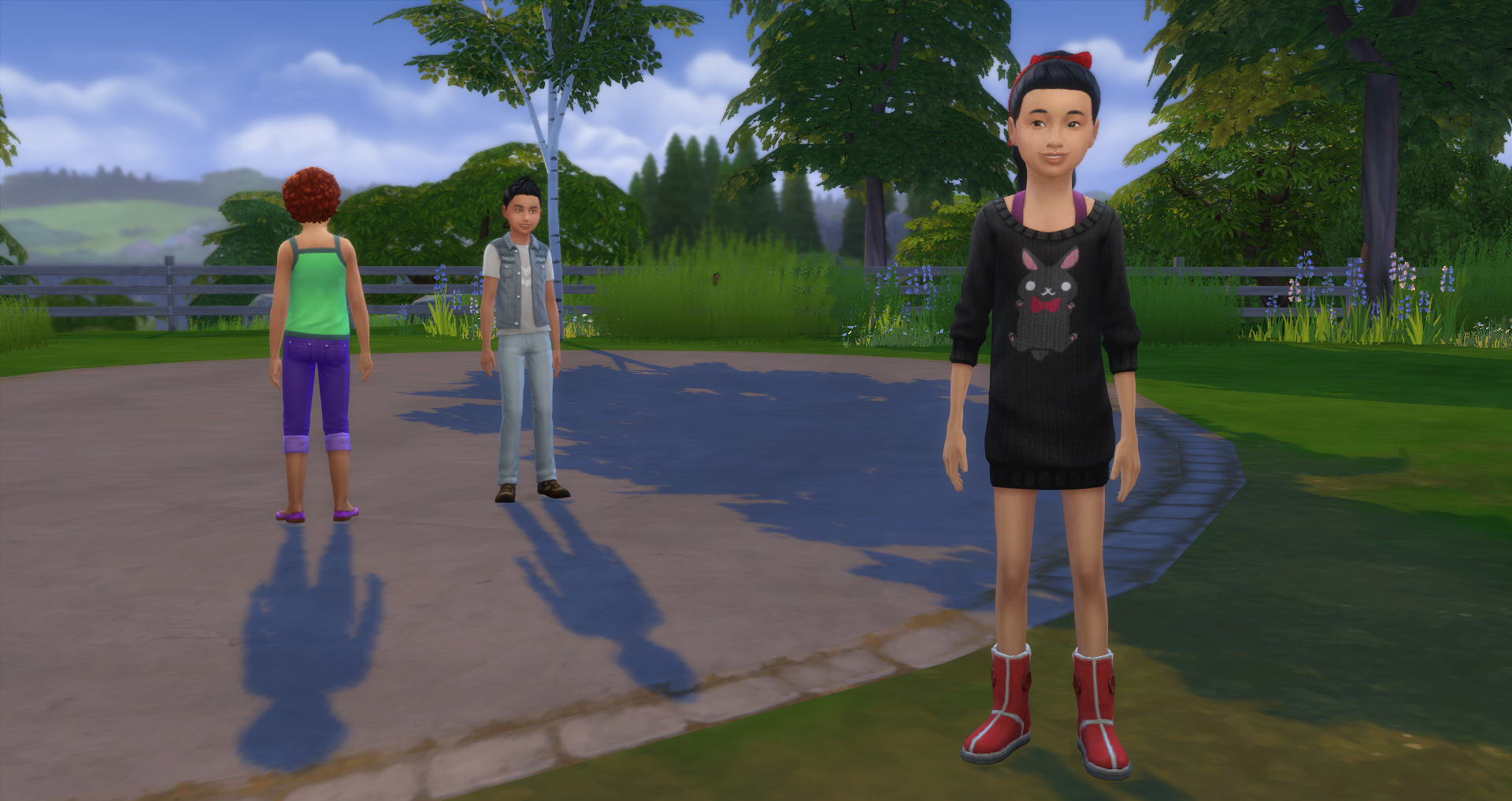 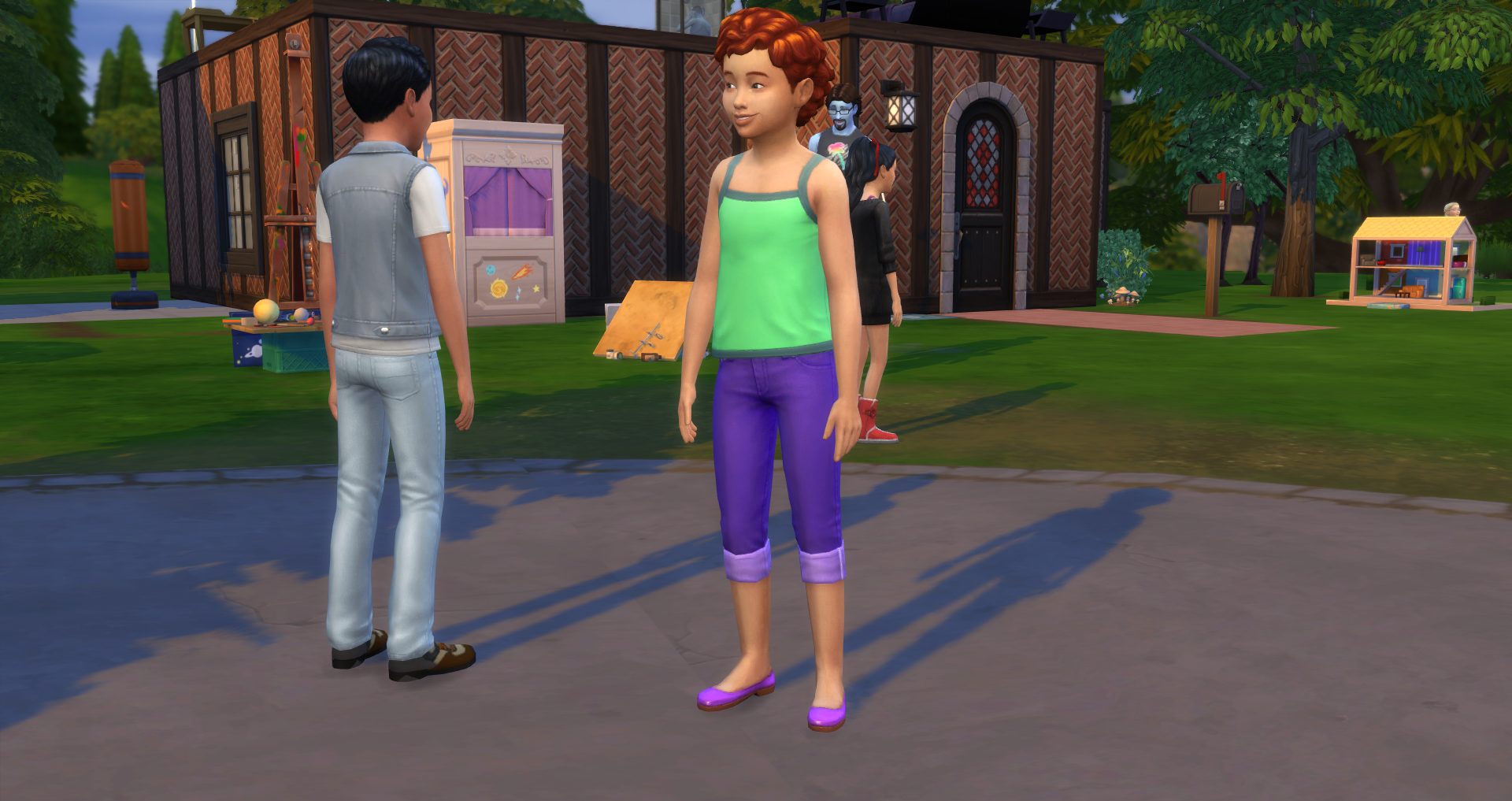