Jamie Matriarch is who I decided to start my 100 baby challenge off with. I was told this was a super fun challenge to start out with. So yes, this was the first challenge I ever tried.  So again, yes, that means I super failed at taking pictures when I first started her out. I did take a ton of notes for this though. But first, let’s meet my beautiful Matriarch.

She is Romantic, Family Oriented, and Creative, and domestic. Domestic comes from her aspiration to have a big happy family. (At some point down the line she also received the traits, fertile, and creative visionary, gym rat, speed cleaner, observant, beguiling, and matriarch.) Yeah that last one means she completed big happy family, ( I wonder why) and has moved on to her next aspiration of successful lineage.

She has long red hair, and blue eyes. And her clothes preference is a more gothic-esque style with reds and blacks. Though she dabbles in blue and pink.

In this save file I was also writing a fantasy novel at the same time because of Nanowrimo, so it started off with a bit of a medieval story, though I must admit I got to much into the sims to keep it going for long. So let’s see if maybe I can bring it back somewhat, but a little more modernized.

There had been a war going on for decades that has killed off most of the country’s population. With the population and the economy dwindling to almost nothing, Jamie has been asked to repopulate. More appropriately, she has been hired by the government to start seducing men and popping out babies that the men and their families don’t know about.

Jamie: I did always want a big family… I’ll do it!

So she becomes my Matriarch. The first client the government gives her is J Huntingdon. A rich man with noble blood. They want to get some control on the family so that they can rebuild the economy. Ever a romantic, Jamie invited J out to a museum, all the while rolling her eyes at the fact that his name was a single letter. The first date a success, she let him ask her out to a tavern where he wouldn’t be noticed by his family flirting with a filthy peasant. Oh boy did his behavior make her skin crawl. 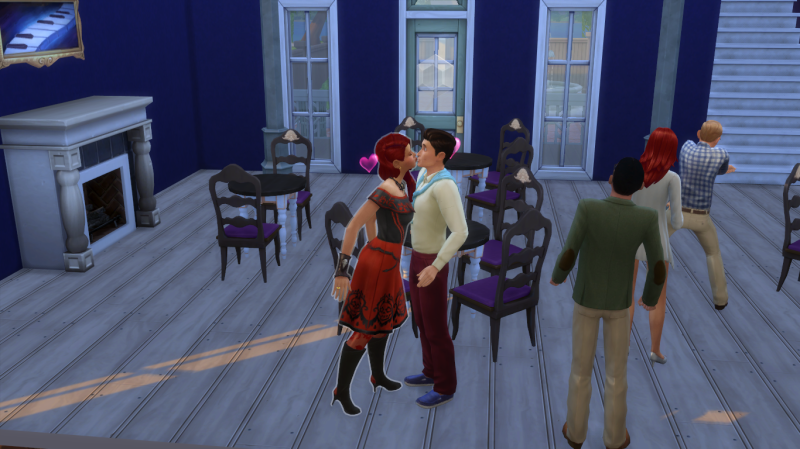 But she had a job to do. So some cheap drinks later they got a room in the upstairs of the tavern where she woohooed until he passed out. 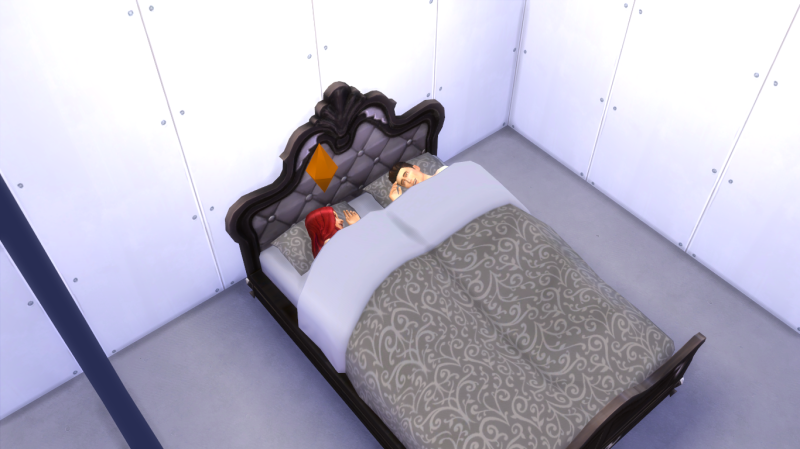 Taking her leave now while she had the chance she skedaddled out of there pregnant with a nobles child. As she waited for the birth of her first born, she painted, and learned violin. She was still not receiving money from the government for seducing her first target as requested.

One day when out gardening in her front yard, J found her.  She was often outside exercising by wandering around looking for pretty fossils and gemstones that she could pawn to try to make a little bit of extra cash for food. J however had been searching for her since the night she’d disappeared at the tavern. His parents would never allow them to be together, but when he saw that she was pregnant, and he rightfully assumed that it was his, he was determined to help her anyway that he could. So he began to help her find buyers for her paintings she’d been working on. Anything that he suggested to these rich investors was believed of course so she made a fair bit of money and was able to upgrade her meager home in time for the birth of her first son.  Let’s introduce the father really quick first.

J Huntington the third is noncommittal, a bro, and active.  He has straight dark brown hair, brown eyes, and peach skin. His clothes are preppy jock, full of himself clothes, and maroon themed in color, if you consider any color to be themed in his ghastly outfits. 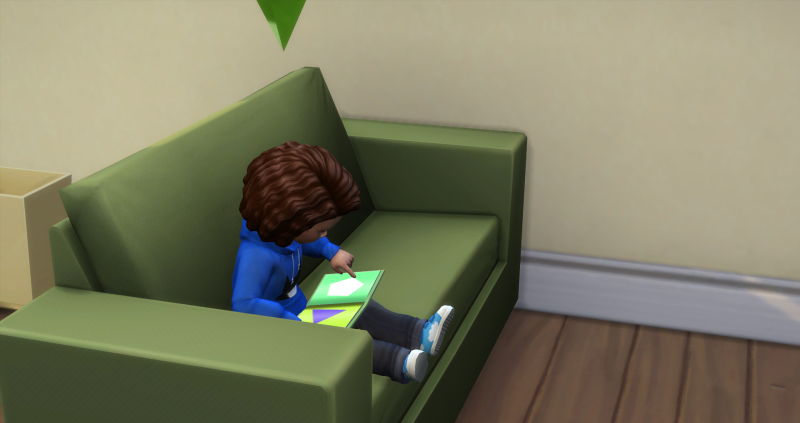 Aged up he became a very silly toddler. Anyone see how? Because I don’t.

He has curly dark brown hair, the curls from his mother, brown eyes, and peach skin.

His favorite colors are blue and white. But mostly blue, and he has very casual clothes. I think he takes much more after his mother than his father. Probably on account of the fact that J wasn’t around that much after he aged out of the toddler stage. And I do mean, after, the toddler stage. He was obsessed and kept trying to come over to be a good father, but his family would rather pay her off to keep her silent than take on an illegitimate child.

Besides, she was already moving on to her next mark. Her next target came from the Rose Duchess who had learned of her gardening skills and painting skills, and fallen in love with the Jamie. For her talent of course, and wondered why she wasn’t focusing more on those skills. Which is how she learned that the money Jamie had made already had come from pay offs to keep her silence about illegitimate children. This sounded like a fascinating deal to the Rose Duchess so she laid claim to the Scott family. He had been saved from going to war by how skinny and un-athletic he was. He had a bit of money though. And if children getting paid for by baby daddies works so well to keep this girl painting and sending her more beautiful paintings of Roses than that was what she would do. “Have a Scott child, and I’ll give you money for your artwork.  ” 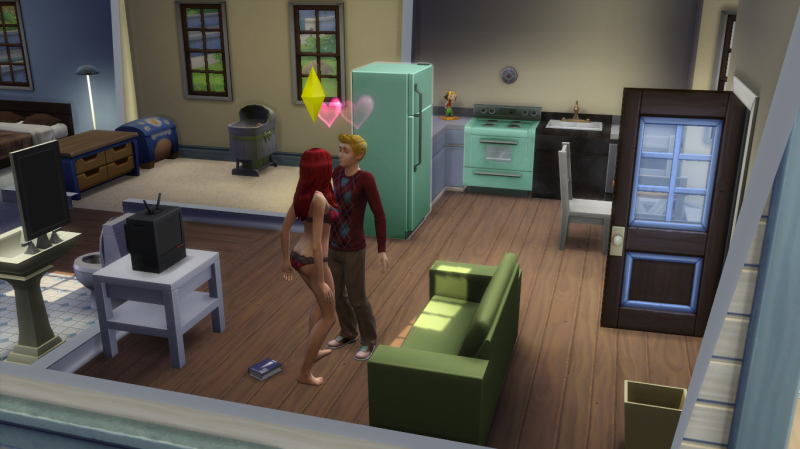 So began the process of money from baby daddies to buy painting supplies, and then money from the Rose Duchess to expand on Jamie’s home.

This is our tiny pathetic home and the whooooing of Travis Scott. That is Cortez’s crib in the background by the way, because she started working on Travis the moment that she popped out Cortez.

Travis Scott is a geek, self-assured, and outgoing. He has peach skin, blond hair, and brown eyes. He has gamer geek casual clothes in red and browns.  Soon enough though Riley was born. A blond-haired cutie with blue eyes who needed glasses and special attention.

He was also a very silly toddler who liked whites, tans, and touches of pale light colors. The obsession that J had with the family really had a bigger effect on poor Riley than it did Cortez. Though Cortez looked quite a bit like his father J. Riley is the one who ended up taking after his clothing style. Preppy, full of himself clothes. Even as a toddler he was bit pickier about everything.

But let’s not get to far ahead of ourselves, I’ll tell you all about Riley and Cortez and where they end up in life, but now Jamie has already moved on to her next target. The towns jerk bag philanthropist Don Lothario. 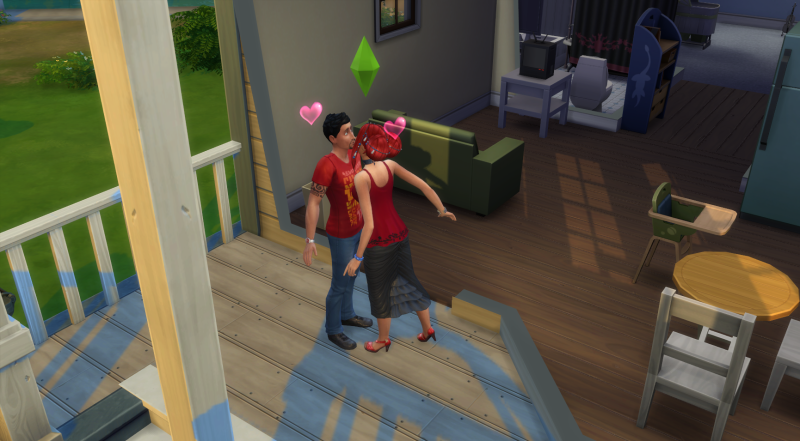 Yup that’s right. I remembered to screen shot the first kisses, but not the kids as they aged. *facepalm of failure* I think it was an attempt to not get to attached to all my little 100 children. well… I still did. *fails*

So let’s get a quick run down on Don.

Active, romantic, and noncommittal. Oh yeah a real catch there. straight black hair that is .. fohawked? in the front. green eyes. A super cute beard, and arm tattoo, and tan skin. red and black casual jock clothing. Though his party clothes really seems to be making fun of nerds in a terrible way. And surprise, surprise he has pierced ears.

Okay,okay… I love Don, he’s so handsome! I just wish he wasn’t such a jerk!

Don Don Dooooooon. (you know. the doom music with his name. cause its fitting.) 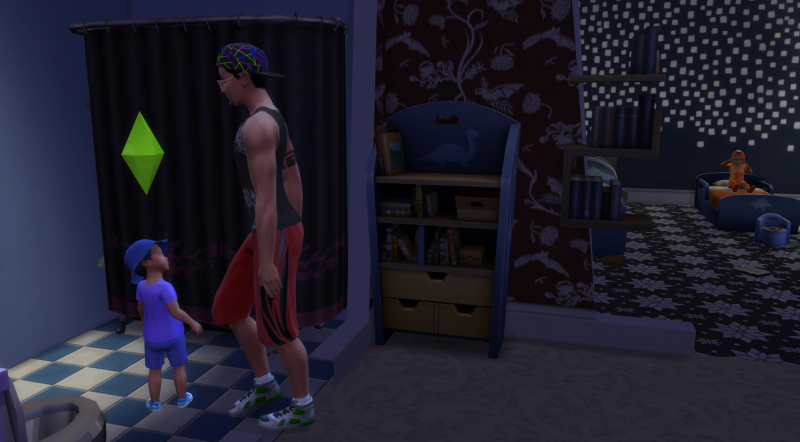 Here is Don visiting during the pregnancy where you can get a look at Cortez in blue with his cute little rain hat. And in the background sleepy little Riley.

You’ll meet the twins in the next part. But oh boy was that a mouthful and a half to type out. To bad I didn’t have to many pictures to share with it.

Next time we’ll meet the twins and see the next few baby daddies. And watch Cortez age up a little bit and hear some more of his story.

2 thoughts on “Just starting out.”